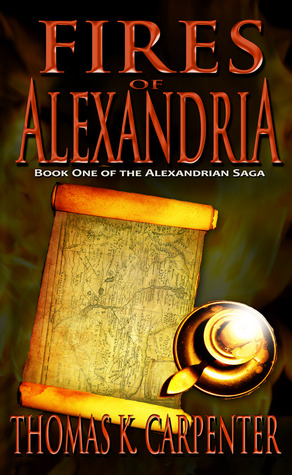 “She would transform the city to a place worthy of the title of the City of Miracles. And not the miracles of the temples. Real, practical miracles that would change people’s lives and free them from the tyranny of the gods.”

Entertaining and educational alternate history. Too bad the writing wasn’t up to the premise. Using Alexandria circa 50 AD as his starting point, Carpenter weaves an intriguing “what if” tale of advancing technology, gender liberation, and personal freedom.

“And to see it with my own eyes. Because one cannot always trust what was written in books.”

He gets more right than wrong, though several gaffs are laughable. “Man-sized multi-firing crossbows” are a staple among writers having no idea END_OF_DOCUMENT_TOKEN_TO_BE_REPLACED 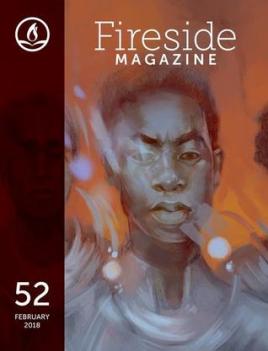 “For the blacksmith understood what masters had chosen to forget: when you make a man or woman a slave you enslave yourself in turn.”

Excellent speculative historical fiction. Since the root–that George Washington bought the teeth of nine slaves as his own rotted away–this might have made an excellent historical fiction. The speculative musings–while fun–are so over-the-top that they dull the edge on what would be righteous indignation over the behavior of our first president.

“… from the ramparts English mages hurled volleys of emerald fireballs that could melt through iron.”

The storytelling is compact and fast moving. Clark makes his points and END_OF_DOCUMENT_TOKEN_TO_BE_REPLACED 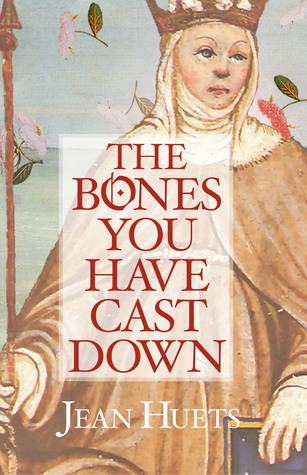 Book Review: The Bones You Have Cast Down by Jean Huets

“A part of me grieved for myself.”

A storytelling treasure. Huets transports the reader into the mind of a young fifteenth century Italian with all the assurance and intimacy which one expects of a modern bard. The sights, smells, feel of Renaissance Italy seep from every pore of the story. The Inquisition lurks in the shadows. Speculative elements are deftly melded into the mix.

“For a more virtuous person, no doubt, friendship would have trumped rage. Not for me.”

The fifteenth century was a seedbed for religious innovation, mostly aimed as real or imagined abuses practiced by the Roman Catholic Church. The Inquisition zealously sought the heretics; usually the civil authorities meted punishment. The contemporaneous history of the Cathars, Waldensians and Hussites underscores END_OF_DOCUMENT_TOKEN_TO_BE_REPLACED 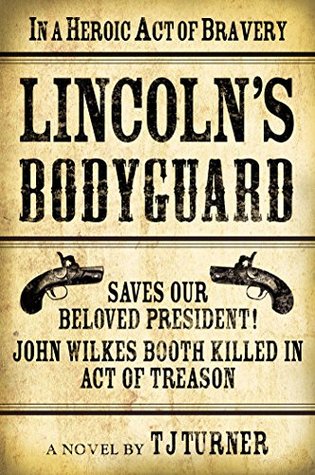 “Our stories are already written. We had yet to act them out.”

More alternate history than historical fiction. Turner rooted his tale in the events of 1865 but, rather than allowing the consequences of Booth’s failure to spin off naturally, he tries to get history “back on track” in this seven-years-later novel. The story follows the mixed-blood guard whose intervention provides the book’s title, though curiously all that action happened five years before the current story.

“The life pulled from his body as his maker took possession of his soul.”

A good story and a fun read, but the history is unconvincing. The whole Lamon-Norris-Barons subplot seems contrived and ananchronistic. The real reconstruction struggle should have provided the necessary villains and heroes without introducing a Hunger Games-esque Lottery and labor unionism as motivators. The western separatist movement rings true.

“Death creeps quietly behind a man.”

The details were well-researched and gave a good feeling for the time and place, except for transportation. The horses pulled faster and longer than real horses, the trains were faster as well, and even afoot the people covered prodigious distances quickly. Standard fantasy fare, but knocks the reader out of the historical feel. Quibble: when he surrendered to Sherman on April 18, 1865, Confederate general Joe Johnston had about 21,000 men, not 90,000 as reported here. On the other hand the “bushwhacker” insurgent campaign in Missouri throughout the war follows the pattern Turner suggests.

“Sometimes even death has to wait.” 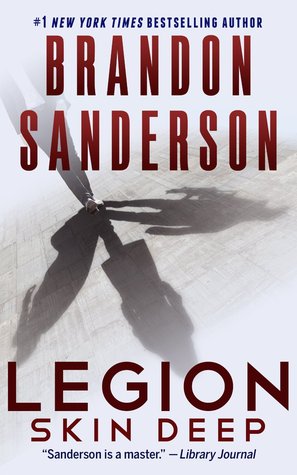 Sanderson may inadvertently be onto something. Like Dean Koontz’ Odd Thomas stories, Sanderson’s fantasies about Stephen Leeds and his “aspects” may become a fun and profitable series.

The only thing you have to know about Stephen is that he’s not crazy. At least, that’s what he keeps telling himself.

Meanwhile, he’s trying to keep himself and his burgeoning host of personalities alive and out of trouble. The latter being pretty much a lost cause. 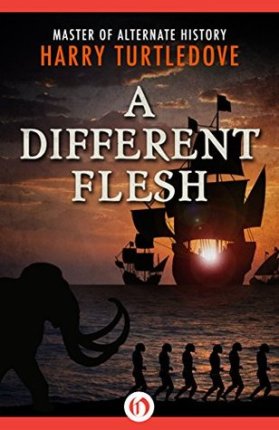 Outstanding alternate history. In short stories Turtledove creates an alternative history populated by believable characters and events which also examine historic and current practices in our culture. The titular characters are Homo Erectus-like subhumans who inhabit the New World instead of the native humans actually found there. The altered natural and cultural impacts are explored.

Samuel Pepys is so well drawn that he was recognized, by one who’d read his diary, before revealed. His development of the transformational theory of life exemplifies ideas and technologies accelerated by the different conditions found in North America than in our timeline.

The reader is challenged (in a good way) to unravel Turtledove’s alternate names for North America cities and governmental titles. (Example, the Federated Commonwealths adopted Roman forms of governance and naming, resulting in Via LXVI.)

Having all critical plot points fall favorably gives the book a Mary Sue or Gary Stu quality. The short stories repeat much information because most were first published independently.

A more serious critique might be lodged against his uneven accelerated technology. For example, steam locomotives END_OF_DOCUMENT_TOKEN_TO_BE_REPLACED