Book Review: Beyond the Call: The True Story of One World War II Pilot’s Covert Mission to Rescue POWs on the Eastern Front by Lee Trimble with Jeremy Dronfield

“It was a horrific time of my life. I don’t know if I can talk about it even now. I saw atrocities. I saw the worst in people. I was deceived into going there—misled and lied to by my own people.” Robert Trimble

Another great story of the war behind the headlines of World War II. Gripping tale of a bomber pilot who volunteered for a mission then discovered he was actually sent to do another. Well told with sufficient background and detail to END_OF_DOCUMENT_TOKEN_TO_BE_REPLACED

Book Review: A Gentleman in Moscow by Amor Towles

“All poetry is a call to action.”

Bravo. A romance tucked inside an adventure stuffed into history festooned with whimsy and culture. Fully-realized characters burst off the pages as surely as they rupture the walls of Moscow’s historic Metropol Hotel.

“… and generally clamor about the world’s oldest problems with its newest nomenclature.”

Catches the spirit of each age. His grasp of the history and culture of Moscow in the span from after World War One into the 1950s betrays a respect one who looks for from a native. Pop culture references–music, politics, fashion, movies–appropriate to each decade.

Comparable to Tolstoy; patronymics, diminutives and other naming varieties included. The scope of this work demands END_OF_DOCUMENT_TOKEN_TO_BE_REPLACED 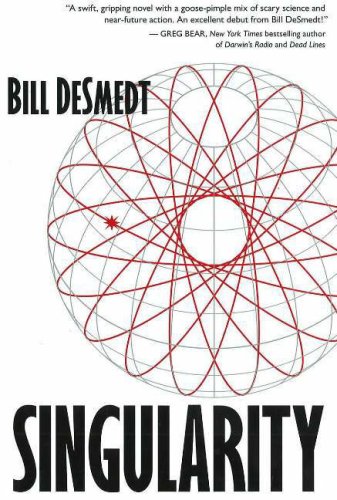 Incredible freshman effort which grabs the reader by the throat and drags him or her, often willingly, deep into history, science, politics and consequences. You can read the blurb at any good book site, but they can’t tell you how DeSmedt skillfully lays out the treads to his tale then meticulously weaves them into a plausible, yet incredible, plot. He does.

Few technical quibbles and only one lapse of logic, but most readers won’t spot it or won’t care. I didn’t. Got didactic in places, but would have lost verisimilitude if the reader missed some of the history and science.

And, almost as important these days, it’s a complete, satisfying tale told between one pair of covers. Excellent job.

Several times I’ve referred on line to Vladimir Putin as this century’s Adolf Hitler. I suspect his twentieth century hero is Joseph Stalin. But viewed objectively, Putin comes off more like Benito Mussolini. All the strutting and bombast is more comic opera than world changer. And in the end his people suffer unnecessary lose.

Putin’s vision of paradise is so flawed that he and his former KGB cronies are probably the only ones looking back on the failed Soviet Union with nostalgia. END_OF_DOCUMENT_TOKEN_TO_BE_REPLACED

Having reduced Ukraine, Putin begins his putative campaign against Estonia. The seizure of an Estonian official on spy charges is just the opening shot of the next phase Putin’s campaign to reestablish the Soviet Union, in fact if not in name.

Our own President may have brought Estonia higher on Putin’s list by his recent visit and claims of defense when, of course, the united States has neither the will nor the means to defend Estonia against Russia.

As with Hitler, western division and ambiguity only increases Putin’s imperial urges.

As usual Putin is having it both ways. He publicly says he’ll respect the Ukraine election results, but behind the scenes his surrogates are still trying to dismember the country. Should they fail, he will moan that he has been “forced” to intervene for the sake of peace and safety … and add the former Ukraine to his burgeoning empire.

Is anyone paying attention?

In the 1930s Hitler dismembered and subjected the countries surrounding Germany starting with the ethnic German peoples in Czechoslovakia and Poland. Then he annexed or subjugated whole Germanic countries, like Austria, creating a Greater Germany. Now Putin uses the same approach to create a Greater Russia. (It ended badly for the world last time.)

Crimea was only added to Ukraine in 1954 by Nikita Khrushchev, a Ukrainian. The transfer was a “symbolic gesture” marking the 300th anniversary of Ukraine becoming a part of the Russian Empire. A quarter of the population are Muslims, so Russia may be making another Chechnya.

Interesting that Russia is so supportive of Muslim nations internationally but so repressive to Muslim people at home.

Teddy Roosevelt, famously advised, “Speak softly and carry a big stick.” Modern politicians do the opposite. The USA won’t go to the mat over Crimea, so we should temper our words to our intended actions, which seem to be . . . nothing.

Merkel’s right: Putin’s “living in his own world,” not “in touch with reality.”

Why are we so afraid of offending him? He’s been no help with Iran. No help with Syria. And we think he’s our friend?

No, he’s trying to re-build the Soviet Union. Ivan Ilyin, a Russian philosopher Putin often quotes, wrote, “The hour will come when Russia will rise from disintegration and humiliation and begin an epoch of new development and greatness.”

Only this time, no Mister Nice Guy.