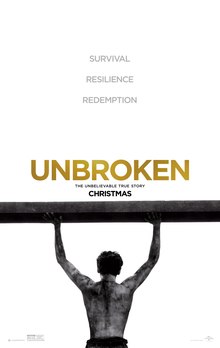 DOJ says native Americans can grow and sell pot. You know where this is going: “Native American” Casinos, Part Two. Remember growing and selling marijuana is against US law. So, what is DOJ doing? (Holder’s parting shot? Not yet.)

No one expects Putin to grow up, do they? So far, the Russians love him; don’t expect change from within. Sanctions have hurt him, but sanctions (and paranoia) are what triggered the attack on Pearl Harbor. And the Russians do paranoid better than anyone.

Obama’s current unpopularity will work for him in the long run. Anything he accomplishes the next two years will seem a big deal. And the economy is finally improving, while everyone else’s economies are going south. So he’ll take credit for that.

The Summer Olympics in Washington, D. C. during an election year (2024)? What can they be thinking? (That maybe the games will distract us from The Game.)

Hooray! The Olympics are over. We can go to bed at a decent time. They aren’t, you say? Well, to us, everything after the women’s figure skating final is a mere formality. While a good time wasn’t had by all, there was some really good performances and at least one questionable score. (See my previous posting about art at the Olympics.)

Yes, Eric showed us how to record the shows to view later. But, given our TV watching habits–or non-habits, we’d never watch them. WE hear some children have never seen commercials and think the TV is broke when one pops up because their parents always “fast forward” through them.

“Will the Sochi Games puncture Putin’s delusions of Grandeur?” asked The Week headline. You know the answer.

Putin’s grand Olympic masterpiece (just like Hitler’s in 1936) reveals the cracks in his imperialist re-make of Russia, but megalomaniacs tend to ignore contrary data. (Did you notice that the jerseys of the Russian hockey team displayed the double-headed eagle emblem of the czars? Probably not accidental.) The $52 billion Russia spent on this Olympics exceeded than all previous Winter Olympics combined. The result has not quite been the publicity coup Putin desired.

We need to pay attention to what’s happening in Ukraine. Putin’s plan to reestablish the Russian Empire (AKA the Soviet Union) has hit a speed bump: the Ukraine people. The Olympics are a side show; what’s happening in Kiev is real . . . and important.

No event should be included in the Olympics which is scored by a judge. If finishing order or a clock or a tape measure is insufficient proof of who won, relying on the eyes and judgment of mere mortals moves the event from sport into art. I’m okay with art; I fancy myself an artist. I’m happy to have my work judged; I’m even happier to win. But that’s art–subjective. Sports should objective. Judges aren’t; can’t be.

Having said that, we enjoyed the Ice Dancing finals Monday night. I’m prejudiced (yes, me, too–we all are one way or the other) in favor of skaters who wore classical costumes and skated to Romantic (as opposed to romantic, and certainly Modern and modern) music.

The biggest problem with supposedly impartial judging is not political (like the infamous East German judge), but END_OF_DOCUMENT_TOKEN_TO_BE_REPLACED