“A hundred thousand spears shall sparkle in my train like star glimmering down.”

A lost world adventure. Later nineteenth century equivalent of contemporary science-fiction, fantasy adventure story. In 1887 it was plausible that a country “the size of France” could be hidden—and isolated—in central Africa, but then we accepted that Asia could hide a mythical Himalayan utopia in 1933.

“I say that as the savage is, so is the white man, only the latter is more inventive, and possesses the faculty of combination; save and except also that the savage, as I have known him, is to a large extent free from the greed of money, which eats like a cancer into the heart of the white man.”

Reflects the racial and sexist idioms of the day, but surprisingly END_OF_DOCUMENT_TOKEN_TO_BE_REPLACED 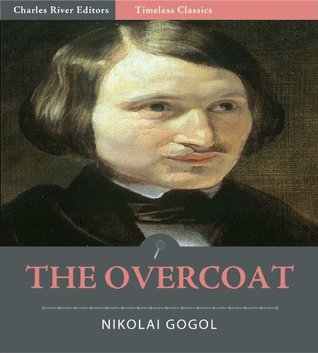 “Am I not also your brother?”

I am so glad I read this short story by Gogol. I was bogged down less than a hundred pages in his longer, unfinished novel Dead Souls. The style and cynicism is the same. He was really good at biting satire, but had no message. Like Seinfeld. A snip of Gogol is enough.

“People began to believe he had come into the world just as he was, with his bald head and official uniform.”

Mostly by accident I’ve recently read several works from several European countries written early in the nineteenth century. The unifying element seems to be the authors’’ rejection of the Enlightenment optimistic and mechanistic worldview for something more intimate and emotional. Often darker. Eventually this shift led to the romantic era with its abandoning the mind to give free rein to the emotions. Looking back it seems like a silly dichotomy but at the time it was a big deal.