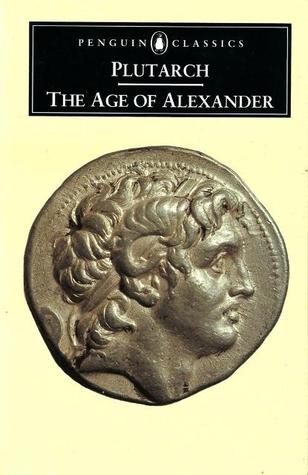 Review: The Age of Alexander: Nine Greek Lives by Plutarch

“War has an appetite that cannot be satisfied by quotas.” Hegesippus

Plutarch’s Parallel Lives was the primary source for the history of Rome and Greece during the Middle Ages and Renaissance, this volume covers the period after Athens fall from supremacy in the Greek-speaking world.

“… and deliver the state from the habit of pandering to the mob, a disease scarcely less pernicious than tyranny itself.” (Some things never change)

Plutarch’s Lives influenced art and literature as well as politics and history. Shakespeare based his ancient history plays on Plutarch, occasionally quoting him verbatim.

“The truth is that the great majority of mankind are more offended by a contemptuous word than a hostile action, and find it easier to put up with an injury than an insult.”

Ian Scott-Kilvert’s English translation is clear and readable, if occasionally colloquial. Every day English has evolved since the 1970s.

“To show kindness only to one’s friends and benefactors is no proof of having acquired such self-control: the real test for a man who has been wronged to be able to show compassion and moderation to the evil-doers.”

The serious student of history may look elsewhere for greater authority, but the rest of us are enlightened and entertained by Plutarch’s commentary on the lives of the movers and shakers during a time which reads to us like epic fantasy: Descendants of Heracles, mythic tasks, loyalty and betrayal, heroes and tyrants.

“One more victory like that over the Romans will destroy us completely.” Pyrrhus