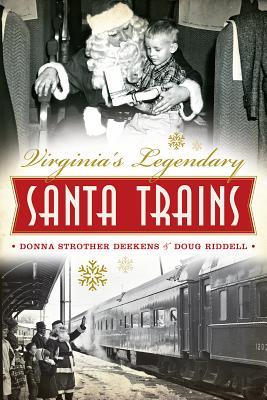 A nostalgic look at the collaboration of local Virginia stores and railroads to create a short-lived but memorable Christmas tradition. Almost all the characters—corporate and personal—involved are gone now, but Deekens and Riddell trace the inception, growth, decline and demise of Santa Trains from their start in 1955 by Cox department store in Ashland, Virginia partnering with the Richmond, Fredericksburg and Potomac (RF&P) Railroad. Then regional giant department store Miller & Rhoads ran with the idea, until the advent of Amtrak in 1971 killed special trains. A few recent attempts to continue the tradition are mentioned.

Hollow World is a great example, as are most Sullivan novels, of a well-developed eucatastrophe. In his essay “On Fairy Stories,” J. R. R. Tolkien writes in The Tolkien Reader, “Tragedy is the true form of drama, its highest form; but the opposite is true of Fairy-story.” The consolation of the unexpected happy ending Tolkien called eucatastrophe. While this story is science fiction, Sullivan is becoming of the eucatastrophe.

Full disclosure: I was also a Kickstarter supporter of this book last year, and received it and some autographed bookmarks.