Book Review: “The Tale of the Three Beautiful Raptor Sisters, and the Prince Who Was Made of Meat” by Brooke Bolander

“To see it would have burst your heart, and then they would have eaten what was left of you.”

Something of a farce. Fun to the point of being silly. Like a one-line joke extended into a story.

“Glamour never worked on cats. They saw right through the Princess’s spell, recognized the kindred hunters beneath, and found pressing reasons to be elsewhere.”

“I have no regrets, except perhaps my choice of allies.” “And your choice of enemies?”

This freshman work shows elements of Martha Wells’ future style. Not quite four stars, but Wells gets extra credit because this was her first novel. Wells has turned the Ile-Rien stories into a franchise, presumably the subsequent ones are more polished.

“We’re going to be roasted. And eaten.” “Quit sniveling.” 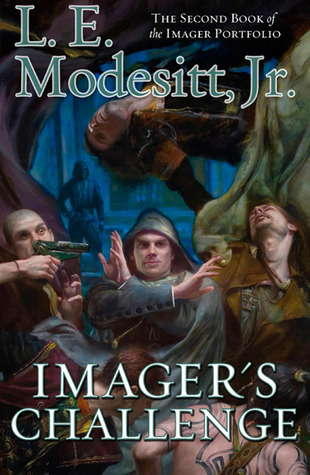 “I’m being pushed into doing things I’d rather not do because the alternatives are worse.” “Sometimes, that’s life.”

Better than the first Imager story. First person point of view makes for a decidedly linear plot, but the action moves better in this second episode. This volume lacks the epigrams which headed each chapter in Imager.

“What we do … is not all that we are, nor all that we could be. Reading opens one’s eyes to the possibilities.”

Modesitt takes us into the musings of someone who follows the tenets of a religion he doubts, defends a country he’s sure isn’t perfect, loves people who are flawed, and represents a body of people even as he disagrees with its leaders.

“No matter what you do, someone’s unhappy. And the better you do it, END_OF_DOCUMENT_TOKEN_TO_BE_REPLACED

“It is a short step from having a djinn who serves you to having a god you must beg for favors.”

Keyes redeemed himself with this series-closing story. His particular alternate history was closed in both a satisfying and a consistent way. Good storytelling. Readers not inclined to read all four books of this series won’t miss much by reading one and four.

“… as unaware as a pen of what it writes on the page.”

Inevitably this series will be compared with Eric Flint’s sprawling alternate universe which opens with 1632. The premise of this series works better and is developed more logically. Both are exercises in imagining “what if”.

“If you are no magician, how will you kill him?” “Carefully, Tsar, carefully.”

Quibbles Muskets are not that accurate, no matter who is shooting them. Black powder smoke is white.

Book Review: The Stone in the Skull (Lotus Kingdoms #1) by Elizabeth Bear

“We’re not the heroes of the story. We’re those guys who wander in during the third act to pick up the dirty work.”

A pleasant excursion into a world analogous to southern Asia before the British spoiled the local fun. Don’t read the blurb; it reveals too much backstory about the cauled sun and other phenomena of this world, robbing the reader of wonder and discovery.

“Duty above anything else. And then the lifetime regret for choices untaken.”

Decent character and world building. Enough strands that, at first, the reader is adrift. Enough point of view characters to bring the reader into the story without END_OF_DOCUMENT_TOKEN_TO_BE_REPLACED

“I couldn’t see inside their heads. I could barely make out what was going on inside my own.”

Don’t let the numerical designation fool you, this is a complete novel, not a short story. Despite expectations triggered by the title, a worthwhile novel about life.

“We are all dying, all the time. Being born is stepping from the cliff’s edge. The only question is what to do while falling.”

An action-adventure fantasy with all the blood and gore expected of the genre, but also an investigation into END_OF_DOCUMENT_TOKEN_TO_BE_REPLACED 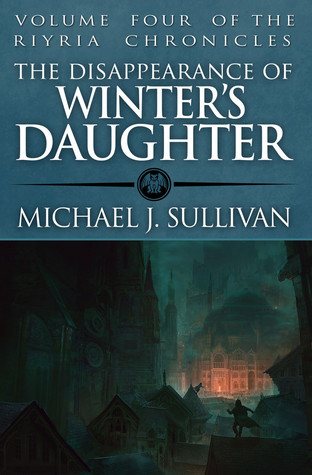 “Are you two always like this?” “He is,” they both said in unison.

Perhaps the best Riyria book yet. Both Royce and Hadrian have more depth. Their relationship is more complex. The storytelling, especially the inner dialogue, is superb. Several distinct and distinctive female characters. Sullivan clearly signals changes in point-of-view character. Why not five stars? See my quibble.

For those unfamiliar with Riyria (Royce and Hadrian) the fourth book of the second series seems the wrong place to try them out. Not so. Winter’s Daughter is a self-contained, rich END_OF_DOCUMENT_TOKEN_TO_BE_REPLACED

“If you think you’re conscious, you must be conscious. That’s what consciousness is all about. The feedback is self-awareness.”

Great story telling and contrasting fantasy and science fiction environments, but Anthony doesn’t get a bye for his antediluvian portrayal of gender relations. Even though it was written in the 80s, it’s borderline offensive. His protagonist’s supposed moral uprightness is severely undercut by his treatment of females. Costuming sex as freely given doesn’t excuse his attitude.

“You often don’t have to fight, if you just look as if you’d like to.”

The extended sections of game play slows to the story. The whole game matrix concept rings false: an artificial construct, like quidditch, to pump up the protagonist.

“You are a rational creature, beneath your superficial programming; under my programming I am an irrational animal.”

Quibbles: Published in 1980, totally misses the coming revolution in microelectronics and communications, which renders the story a quaint artifact of a former age. “Two days off his feet” after running a marathon? He’d be a cripple for months. Daily challenge games? After marathons? How’s that fair?

“Murder is not the proper solution to problems.”

Like many series openers, this is larger world, team and goal building. No incentive to read more of the series.

Book Review: The Man in the High Castle by Philip K. Dick

“I want to comprehend. I have to. But he knew he never would. Just be glad and keep moving.”

An early alternative history, it is among the best. Dick not only alters history and politics, but also culture and scientific achievement, consistent with what precedes his story. The result in an incredibly rich, engaging tale of what might have been. Manages to include major philosophic and religious issues. Very close telling of internal conflicts and aspirations.

“Nobody was hurt … until the day of reckoning and then everyone, equally, would be ruined.”

“He should have that cold but enthusiastic look, as if END_OF_DOCUMENT_TOKEN_TO_BE_REPLACED

Book Review: “Seasons of Glass and Iron” by Amal El-Mohtar

“What’s strong is the shoes women are made to wear: shoes of glass, shoes of paper, shoes of iron. Heated red hot; shoes to dance to death in.”

Contrary to the tag, not a “gay” story. It’s a story “about two women reaching out of their respective tales,” the author says in her notes. “The enormity of what friendship means.” I try to read stories cold–that is, without reading liner notes, blurbs or other reviews–because I don’t want the opinions of others getting between me and the author.

“You climbed a glass hill by accident.”

Goodreads.com displays the cover art associated with another story is shown for this. I assume because both stories appear in the same issue of Uncanny magazine. It fit the other story better.

“She loved him for loving her as he loved no one else.”