“She also knew that bad things happened for no reason, and good things rarely occurred at all. Good things needed an excuse, an effort, a payment.”

Pleasant short story from the First Empire. A fair representation of Sullivan’s style.

“This is where things will get bad. This is where everyone went and never came back. The real question is, are they alive in there? Will I be able to see them again?”

I think this is extracted from one of his full-length books. I have read it before.

“Wren stared at the crow. Completely black, it didn’t look like the sort of bird one ought to trust. But then, the sheep had been adorable with its cute little beard, and that didn’t work out so well.”

“Fear, for the most part, is yer friend. It keeps you alive, and stops you from doing stupid stuff like trying to fly or jumping in a fire. But, when yer scared of sumptin’ you ought not to be, well then, there’s just nothing for it but to grit yer teeth, spit in its eye, and challenge your dread to an arm wrestle.” Tura

A short, painless introduction to the world of Elan and one of the major characters of the greater series.

“So odd was this cautionary thought—as no one who knew her would ever accuse Suri of being prudent—that it caused her to laugh. After striking the [bee] hive several times, END_OF_DOCUMENT_TOKEN_TO_BE_REPLACED

Book Review: The Last King’s Amulet (The Price of Freedom #1) by Chris Northern

“It’s a lucky commander who has good men.” “It’s lucky men who have a good commander.”

Excellent war fantasy set in a Roman Republic analog with a side of political philosophy. Well written, though the protagonist is not initially attractive.  A tease of romance and magic too. What’s not like?

“It is advantageous to take enemy supplies. The rule of thumb is an enemy wagon of supplies is worth twenty of your own. It hurts them that badly.”

A professional military logistician for most of my working life I’m prejudiced, but logistics really do win wars. As demonstrated in World War Two and the 1991 Gulf War. “Leaders win through logistics. Vision, sure. Strategy, yes. But when you go to war, you need to have both toilet paper and bullets at the right place at the right time. In other words, you must win through superior logistics.” Tom Peters

“Spank them then give them a hug. Fighting men are like children.” “You were reading my mind.” “Actually I have been reading your books.

Northern lost a star because he ends rather than concludes this first chapter of his epic multi-volume opus. Not quite the Robert Jordan syndrome, but Jordan’s first book was good too. To sell the next book, one must deliver the goods in the current book.

“Self doubt is a cancer that can eat at you if you let it. What I needed, I realized, was to get on with it. To fight an enemy and kill him and be done. Still the thought made me sick inside. I had never killed anyone and to be completely honest I really had no desire to do so.”

Book Review: Child of the Ghosts (Ghosts #1) by Johnathan Moeller

“The mind is much the same way. It can recover from an injury…but it will retain a scar. And you will carry that scar for the rest of your days. Whether you let it destroy you…that is up to you.”

Everything is too easy. From digging away the iron hinges to a dungeon cell to taking on the baddest bad people in the empire, she succeeds even when she fails.

“You shall be … Marianna, of House Nereide, I think. Yes. House Nereide went extinct during the War of the Fourth Empire.”

Caina cannot pose as a member of an extinct noble house. All the nobles in the capital would know she was an imposter. If there’s one thing nobles do well it’s follow who is who and where they stand in the pecking order.

“First demon-infested corpses, and now necromancers. I should have listened to Mother and become a carpenter.”

Entertaining excursion into a land where everyone seems to have some sort of magic. Cast is large and complex, since Dennard seems aiming for a long run.

“Safi had her title to protect her, and Iseult had her heritage to damn her.”

Female buddy story. The usual twits who shouldn’t be trusted out of the nursery without END_OF_DOCUMENT_TOKEN_TO_BE_REPLACED

Book Review: The Warrior’s Path (When Women Were Warriors #1) by Catherine M. Wilson

“There’s no putting spilled blood back.”

More like 3.5 stars. A well-conceived and well-realized epic-style fantasy about a time and place were all (well, most) of the warriors were women. This story follows a young woman on her quest to become a warrior. On the way, she finds value, belonging and love. Not a bad start.

“Tell me later,” she said. “Sit down. Let’s just be quiet for a while.” “I need to tell you — ” “Hush,” she said. “You won’t find the truth in so much talk.” When I stopped talking, my trapped thoughts flew around like dry leaves in a whirlwind.

An iron age culture where all the warriors were women fits modern sensitivities but not historical trends–the Amazons notwithstanding. Not because men are better warriors–though they do tend to have greater upper body strength–but because END_OF_DOCUMENT_TOKEN_TO_BE_REPLACED

Movie Review: Jumanji: The Next Level, directed by Jake Kasdan

Disappointing. Had the same wacked-out plot structure as Jumanji: Into the Jungle and much the same cast. Danny DeVito was a welcome addition. Lots of inside jokes and some healthy relationship vibes.

But the tone of the movie is, presumably intentional, grittier. For one thing the offensive language is much more and more noticeable. 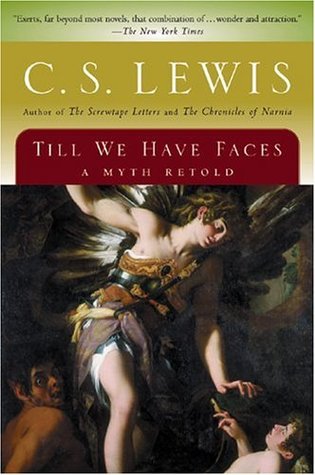 Book Review: Till We Have Faces: A Myth Retold by C. S. Lewis

“Why should they hear the babble that we think we mean? How can they meet us face to face till we have faces?”

The best fiction Lewis wrote. Totally different than both his space trilogy and the Narnia books. Not so much overtly Christian as universal, pondering the deeper questions of life. Setting his story in a pre-Christian time and culture, Lewis forces us outside the comfort of what we think we know: to examine ourselves, even as we judge or sympathize with Orual

“And we said we loved her.” “And we did. She had no more dangerous enemies than us.”

I noted three pages of quotes with which to support this review, but find myself unable to include more than END_OF_DOCUMENT_TOKEN_TO_BE_REPLACED

Book Review: Elias and the Legend of Sirok by Edward G. Kardos

Published in 2013, this was the seed for The Amulet – Journey to Sirok, published in 2017. Kardos suggests you start with the final story; I agree. Rough and repetitious, but shows promise.

“It is the natural order of things. It is the way of being one. One nature, one heart, and one soul. It is about being who you are.”

An allegory of the Pilgrim’s Progress ilk, though with a muddled message. More about self-actualization than finding truth. Quasi-medieval setting with many cultural and geographic references to Hungary.

“We allow our victim to destroy himself. Most of mankind does not need help from anyone or anything to destroy who they are.”

Kardos touts following one’s heart, but also tries to create a theistic if not Christian work. Hard to have it both ways. The Bible, believe it or not, is ambivalent. “The heart is deceitful above all things and beyond cure. Who can understand it?” (Jeremiah 17:9) “Follow righteousness, faith, love, peace, with them that call on the Lord out of a pure heart.” (2 Timothy 2:22) I’ll leave sorting that to the theologians.

“It is only when you are empty that you may become full.”

Book Review: Amáne of Teravinea: The Chosen One by D. Maria Trimble

“Ever since I can remember, I’d aspired to be brave and strong; to have a mission in life; to be worthy of a quest. But one problem plagued me—I was born a girl.”

“Gallen anticipated my reaction. He ducked just in time to avoid the spray of tea that spewed from my mouth. ‘Next time you have alarming news to tell her, you could at least refrain from telling her at meal times?’”

If Amáne’s mother and the Healer had any inkling she might be the Chosen One, you’d think they would have trained her and watched her. For who and what they were, they were END_OF_DOCUMENT_TOKEN_TO_BE_REPLACED