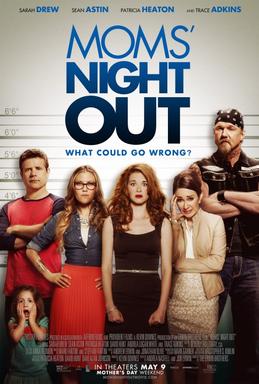 Movie Review: Mom’s Night Out by the Erwin Brothers

“Ya’ll spend so much time beatin’ yourself up, it must be exhausting.”

Hilarious. Released in 2014, a comedy about ordinary folks reaching for normal. In the tradition of It’s a Wonderful Life., Mom’s Night Out affirms those who opt for the mundane and ordinary life.

I suspect they had a lot of fun making this movie. The production values are made-for-TV level. Lots of sight gags, sometimes to the point of being slapstick.

“Call off the choppers.” “Awww”

Good-hearted. Doesn’t take itself too seriously.

“You just be you; He’ll take care of the rest.”