Book Review: In the Region of the Summer Stars (Eirlandia #1) by Stephen J. Lawhead

‘Do you trust me?’ ‘I trust you as much as I trust any man.’ ‘Hmph! There speaks a suspicious man—a wary and skeptical man.’ ‘If so, perhaps I have earned my suspicions.’

Lawhead doing what he does best: light epic fantasy. A fun read with the right mix of protagonist stupidity and nobleness to hook epic fantasy fans. Fast paced and readable. Loosely based on the geography and history of Ireland.

‘Our lives may be forfeit, but Brecan must be stripped of power or he will become invincible—and all Eirlandia will pay the price.’ ‘Put like that, a fella would have to be a fool to END_OF_DOCUMENT_TOKEN_TO_BE_REPLACED

“When you open your minds and hands and heart to the knowing of a thing, there is no room in you for fear.”

Sorry I missed this when first published in 1976. Better than most post-LOTR imitators. McKillip may feel that she’s surpassed this earlier effort, but this is a deeper, more satisfying tale than many more famous competitors, which admittedly is a low bar.

It took the entire book to get the protagonist interested in his quest, along the way he discovers that everything he thought he knew—and he was a master riddler—about almost everything, was wrong.

“I have lived a thousand years, and I can recognize the smell of doom.”

Quibbles? Lots, but none that diminish the enjoyment of the text. Go with the admittedly shallow flow.

“I’m also wondering why the High One has never acted.” “Perhaps because his business is the land, not the school of wizards of Lungold. Perhaps he has already begun to act in ways you do not recognize.”

Book Review: The Redemption of Althalus by David and Leigh Eddings

“I don’t want to contaminate a good story with truth. That’d be a violation of my artistic integrity.”

“It’s not the writing that changes, pet. It’s the reading.” “Wait a minute. Doesn’t the writing mean the same to everybody?” “Of course it doesn’t. Everybody reads any writing gets a different meaning from it.”

Book Review: Daughter of the Empire (The Empire Trilogy #1) by Raymond E. Feist and Janny Wurts

“Every sunlit façade cast a dark shadow and in those shadows the enemy plotted.”

More like three stars, but extra credit for the rousing climax. Competent, if derivative epic fantasy set in an east Asia-analog medieval kingdom. Obvious Game of Thrones rip off. The term “the Game of the Council” appears in every chapter. Finally, toward the end, the authors admit that even the cast would not be using that stilted phrase, but simply “the game” without the capitalization.

“What do you think the game is, if not to remain while you dispose of your enemies?”

Slow start. Episodic. Most crisis are dealt with in turn with the over-arching plot dormant for most of the story. Mara meets and conquers each challenge–and challenger–in turn. Nice climax.

“Fear the man who doesn’t desire a woman, for he will see you only as a tool or a foe.”

Lots of short cuts and predictable plotting. Large, six-legged mammals signal lazy fantasy writers. (Like multiple moons in the same orbit in science fiction.) The cho-ja (who have an excuse for six limbs) could have saved the story, but were introduced then reduced to two-dimensional puppets.

Book Review: The White Hart (The Book of Isle #1) by Nancy Springer

“Pel shall pay the long-kept score/When the White Hart goes to war.”

Quaint. When published in 1979, this would have been a major accomplishment in epic fantasy, though its borrowings from The Lord of the Rings are many and obvious. It owes as much to nineteenth-century English romanticism and Celtic mythology. Springer did her homework. Still, not a compelling read by today’s standards.

“At the very worst, it will make a fine song.” “May the Mothers grant us life to hear it.”

A pleasant story, well-written, it nevertheless is predictable and syrupy. The plot opens with a strong, believable female lead, then abandons her partway through to follow the story of two men. Disappointing.

“Great is your gift of love … and great will be your pain in it.”

Book Review: Winter of Ice and Iron by Rachel Neumeier

“Now is the only time we will ever have.”

A better-than-average modern epic fantasy. Enough originality, despite it Medieval European cultural setting, to engage the discerning reader. Written as if for young adult readers, but some inappropriate subject matter.

“We cut our fingers to the bone/ On shards of passing years.”

Well-developed characters. The point-of-view characters had realistic internal dialogue. You cared about several of them. Good storytelling, though the plot–despite several parallel threads–was very linear. Few surprises, good or bad.

“A chance always comes if one holds to hope.”

The reader never doubts the various, increasing manifestations of evil will be thwarted. I didn’t feel the menace END_OF_DOCUMENT_TOKEN_TO_BE_REPLACED

“Yes, I’m trusting our lives to that fat slug, and yes, of course, he’s going to betray us.”

A little grittier than the first in this series. Classic epic fantasy with a side order of humor. Not heavy reading nor great literature, but enjoyable. Interestingly, all the transformational characters are female. The men are who they are, though Falcio’s struggle is being who he really is.

“The truth that makes our courage fail and our hearts surrender. That we fear most is simply ourselves.”

The stakes are higher and the odds lower, and the protagonist has a one-liner for every occasion. Good story telling. Fun interaction between characters.

Countless epigrams: some witty, some pithy, some memorable. Like the cover art.

“Happiness is … grains of sand spread out in a desert of violence and anguish.”

“Forever is a long time to carry grudges.”

“If what we have experienced lately has been God’s way of showing his favor, I think I would be willing to try a little of his punishment, for a change.”

Religion is a major part of these cultures and the stories. The various faiths are treated respectfully. A realistic variety of responses by people to the religion of their and other cultures. Some are redeemed; some are lost.

“One day I would have to send my son off to do something I could not do. And I would never sleep again.”

What’s not to like? The 1600 pages may be a clue. Williams almost pulls a Robert Jordan. (Not a complement.) Basically, he lost control of END_OF_DOCUMENT_TOKEN_TO_BE_REPLACED

“Brave and foolish often live in the same cave.”

Where has this book been all my life? Well, since it was published in 1988. So much better than many Lord of the Rings rip-offs. Epic fantasy in a quasi-European medieval setting (though the Sithi are as much Nipponese as elvish; and the name is unfortunately similar to the evil characters of Star Wars). Good world building, good character development, complex cast and motives and history and ….

“Books are magic because they span time and distance more surely than any spell or charm.”

Unlike many LOTR clones, Williams’ series has a so-flawed-as-to-be-disgusting hero. Not that Simon’s bad, he’s just … irritating–in the hero-worshiping, ADD teen boy way. Well, he’s got room to grow. The other men are complex and driven as necessary.

“Why is everyone forever forcing their horrible secrets on me?”

Unfortunately, most female characters are not so well developed, though telling about the exception END_OF_DOCUMENT_TOKEN_TO_BE_REPLACED 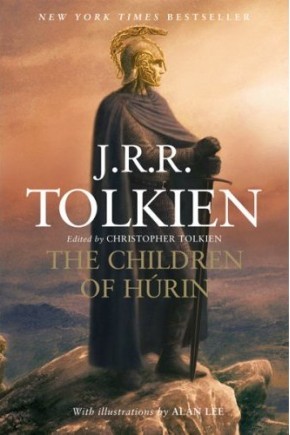 “In their light we are dimmed, or we burn with too quick a flame, and the weight of our doom lies heavier on us.”

This volume is a necessary, one might say essential, part of the corpus of Tolkien’s history of Middle Earth. Followers of Tolkien will certainly want to read it. Alas, however, this work lacks the quality of the works published in Tolkien’s lifetime. I blame the efforts of his son and executors less than the simple press of time and lack of collaborators while Tolkien still lived.

“Fear both the heat and the cold of your heart, and strive for patience.”

Reads like a synopsis with occasional dialogue at key points. That it approaches being a coherent whole forty years after the author’s death is credit to END_OF_DOCUMENT_TOKEN_TO_BE_REPLACED