“Like Eisenhower and Reagan, Roosevelt was a leader who transcended his political party to fulfill a higher purpose in the presidency.”

Though it borders on a hagiography, Three Days at the Brink brings modern readers a updated perspective on both our thirty-second president and the high-level decisions that determined the course of the post-World War II world.

“Circumstances required them to engage in the painful exercise of reaching agreement, with Roosevelt serving as the leader who would help them envision and cement a partnership that would win the war.”

“After the war, [Soviet Minister of Foreign Affairs] Molotov would acknowledge that the second front clamor was mostly a ploy. The Russians knew END_OF_DOCUMENT_TOKEN_TO_BE_REPLACED 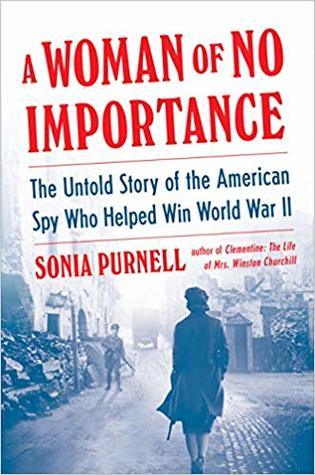 Book Review: A Woman of No Importance: The Untold Story of the American Spy Who Helped Win World War Two by Sonia Purnell

“Virginia Hall was not to be measured by normal standards.” She was an agent, [Philippe de Vomecourt of the French Resistance] conceded, who had already done “many things considered improbably, if not impossible.”

Why isn’t this a movie? Virginia Hall had as much to do with the liberation of France in 1944 as the names you read in history books. This extraordinary American persisted despite the danger, not to mention bureaucratic and chauvinist rejections, to organize and execute a huge portion of the resistance in Vichy France with spill over into the German-controlled regions.

“Her amazing personality, integrity and enthusiasm were an example for us all,” [senior F Section agent Gerry Morel] reported. “No task was too great or too small for her; and whatever she undertook she put into it all her energy, sparing herself nothing.”

Well-researched and written. Purnell seeks primary sources and manages to uncover records (such as Hall’s 1946 award of the Croix de Guerre by France) which had been lost, misplace, or destroyed. Easy to read, despite the changing code names and unfamiliar geography. (A map of the area would have helped.)

“Eisenhower himself [said] its combined actions—sabotage, ambushes, harassment, and constant sapping of Nazi morale—had shortened the war in Europe by nine months and kept eight German divisions permanently away from the D-Day battlefields.”

The contrast between Hall’s humility and energy with the sloth and smugness of her British, French, and American (male) compatriots is vivid. The Prologue is too long and didactic. Read the rest of the book first, then the Prologue.

“She operated in the shadows, and that was where she was happiest.”

“Please know I am aware of the hazards. I want to do it because I want to do it. Women must try to do things as men have tried. When they fail, their failure must be but a challenge to others.” (From letter Amelia Earhart wrote and sealed before her world-circling trip.)

Well-written biography of an extraordinary person. Amelia Earhart was bigger than life; she had vision and ability far beyond many women and men of her day. Van Pelt compiles both how much Amelia accomplished but also her goals and ambitions along the way. Much coverage of her disappearance. Not without her warts—she may not have been the best flyer around, but she was among the gutsiest.

“I wanted to fly because I wanted to; not because advance publicity compelled me.” AE

Earhart and many of her contemporaries struggled with END_OF_DOCUMENT_TOKEN_TO_BE_REPLACED

“’The perfect king’ is not what Edward III was: it is what he tried to be. He was a prince who knew his job and did it.”

Better-than-average history. Mortimer goes behind battles and treaties to explore the personal, cultural and religious background of the high tide of the middle ages. Edward’s life is examined, warts and all, a feat in itself as reliable records are spotty.

“Edward III’s experiences are so extraordinary that the period 1326-50 reads at times like a fairy tale with footnotes.”

Beginning with Edward’s deliverance from his mother’s tyranny, Mortimer weaves this biography from the warp and weft of END_OF_DOCUMENT_TOKEN_TO_BE_REPLACED

Book Review: I Am Malala: The Girl Who Stood Up for Education for Children and Was Shot by the Taliban by Malala Yousafai and Christina Lamb

“Dear God, I know you see everything, but there are so many things that maybe, sometimes, things get missed, particularly now with the bombings in Afghanistan. God, give me strength and courage and make me perfect because I want to make this world perfect. Malala.”

Unusually well-written topical book. Normally these “as told to” books are not worth the paper, just exploiting someone’s fifteen minutes of fame. I am Malala is distinctively different. Yousafai and Lamb deal in depth with the history of Pakistan and the Taliban, especially the Swat Valley, Malala’s home.

“The falsehood has to go and the truth will prevail.” (Quran) “If one man, Fazlullah, can destroy everything, why can’t one girl change it? I wondered. I prayed to God every night to give me strength.”

The story starts on the day Malala is shot, then backtracks to build her world. The detail is exhaustive and intimate. The reader is drawn into Malala’s world and time. Her hopes, fears and aspirations develop organically. It’s real; it’s like watching a slow-motion train wreck.

“I felt like the Taliban saw us as little dolls to control, telling us what to do and how to dress. I thought if God wanted us to be like that He wouldn’t have made us all different.”

Surprisingly—or maybe not—about the only part of the world which rejects Malala is her native Pakistan. Her story—this story—doesn’t fit the narrative which the government, church, and people of Pakistan have developed for themselves. To change that, she has a tough row to hoe.

“They are abusing our religion,” I said in the interviews. “How will you accept Islam if I put a gun to your head and say Islam is the true religion? If they want every person in the world tobe Muslim, why don’t they show themselves to be good Muslims first?”

“Rahanna told me that thousands and millions of people and children around the world had supported me and prayed for me. Then I realized that people had saved my life. I had been spared for a reason.”

“Where you follow the rhythms of language, I have to tell you, Mr. Tolkien, I’ve never come across anything like it.”

This movie will bomb. Too intellectual and idea driven, like Tolkien’s stories. Little to no action. Solid performances by a cast of unknowns.

Having read much by and about Tolkien, I can attest that this accurately represents the formative years of the greatest story teller of the twentieth century, despite the Tolkien Estate disavowing the film. In fact, reviewing Tolkien’s biography reveals Karukoski et al. took many liberties with fact, hence my labeling this as historical fiction

Like Disney’s treatment of Madeleine L’Engle’s  A Wrinkle in Time, all reference to Tolkien’s faith was excised. Tolkien wrote, “We have come from God and inevitably the myths woven by us, though they contain error, will also reflect a splintered fragment of the true light, the eternal truth that is with God. Indeed, only by myth-making, only by becoming a ‘sub-creator’ and inventing stories, can Man ascribe to the state of perfection that he knew before the fall.”

“In a hole in the ground, there lived a Hobbit.”

Book Review: The Printer and the Preacher: Ben Franklin, George White, and the Surprising Friendship that Invented America by Randy Petersen

“Franklin was a newspaperman and Whitefield was news.” John R. Williams

A remarkable study of the two men who most shaped the personality of American before the Revolution. Today one is a cultural icon, the other unknown; then Whitefield was better known than Franklin.

“Not only a sense of charity, but of empowerment.”

Sympathetic descriptions of the motives, actions and goals of all parties. He is especially positive to both explicate and reconcile the differences between Franklin and Whitefield. Both wanted the best for their fellow man, even though each had his own motives. The reader may feel Peterson occasionally protests too much, but END_OF_DOCUMENT_TOKEN_TO_BE_REPLACED

Book Review: Lincoln’s Last Trial: The Murder Case That Propelled Him to the Presidency by Dan Abrams and David Fisher

“Ask yourself: what is the justice in this case?” A. Lincoln

Exhaustive review of a trial transcript with explanatory amplifications. By the authors’ own admission, Lincoln was already headed toward the presidency, and their work gives no indication how it “propelled him to the presidency,” rather how he dodged a bullet that could have killed his dark horse bid at the Republican nomination.

Based on the recently recovered transcript of Robert Roberts Hitt. Telling the story from Hitt’s point of view saved the author’s from END_OF_DOCUMENT_TOKEN_TO_BE_REPLACED 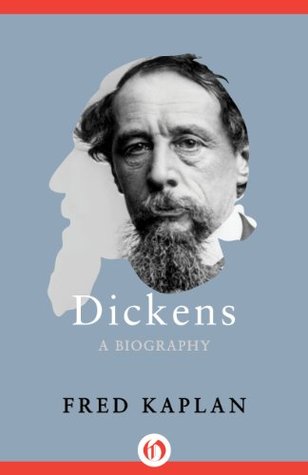 A monumental work, in both the positive and negative senses. Like many modern biographers, Kaplan includes all manner of trivia and tangential material to pad the overall product. The result is boring to read, but fascinating to reflect on.

William Gladstone reported Dickens remarked that while his “faith in the people governing, is, on the whole, infinitesimal; my faith in The People governed is on the whole illimitable.”

“All crisis was a spur to creativity, all fiction a mirror of imaginative distortion in which the model of his own life became a portrait of his culture and his world.”

Charles Dickens was that rare man who was END_OF_DOCUMENT_TOKEN_TO_BE_REPLACED

“I thought I could run the government of the United States as I did the staff of my army. It was my mistake, and led me to other mistakes.” US Grant

A readable and informative, if exhaustive biography of our eighteenth president, our nation’s youngest at the time. Though contemporaries viewed him as a unite-er and reconciliator, history has been less kind. Chernow raises and examines the charges of drunkenness, corruption, and insensitivity. The Grant who emerges is deeper and more human than even he described himself in his famous memoirs.

The Civil War was “largely the outgrowth of the Mexican War. Nations like individuals are punished for their transgressions.” US Grant

For a quarter century Chernow has redefined America through huge, deeply-researched biographies of prominent historical figures. His books are best sellers and award winners and one became a pop culture END_OF_DOCUMENT_TOKEN_TO_BE_REPLACED