Book Review: Shadows of Self (Mistborn #5) by Brandon Sanderson

“Getting older does not tend to make you more normal.”

Sanderson keeps raising the stakes in the Mistborn series. Wax Ladrian rides rough over the norms of society, but he’s a friend of justice—if not the gods—right? Not everyone’s sure. Wax has his doubts.

Well written, if slightly repetitive of the previous volume The Allow of Law. There’s a reason for that. Greatly referable to the same old nihilistic stuff most fantasy authors are pedaling.

The kandra business doesn’t work for me. Too easy. Too much like eternal zombies.

A good read, if best read soon after reading the previous Mistborn books.

“Freedom … was being able to do what was right, without worrying if it was also wrong.” 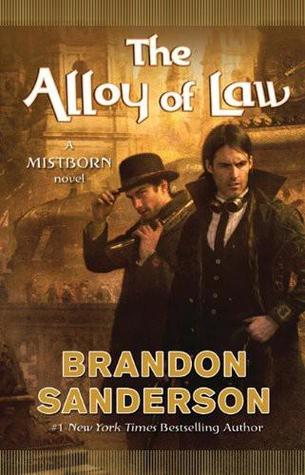 Book Review: The Alloy of Law (Mistborn #4) by Brandon Sanderson

Four Stars out of Five.

“The measure of a man is … how much they make use of what life has given them.”

Well developed and written continuation of the Mistborn series, but set several hundred years into the future. Therefore the setting is more steampunk than medieval.

I personally like these stories better than Sanderson’s epic sagas. His Stormlight saga are already sinking under their own weight and his valiant effort to save Robert Jordan‘s Wheel of Time train wreck was only marginally successful. Mistborn is Sanderson at his creative and didactic best. Yes, he’s preachy, but in a good way.

“”A great man … set[s] aside the important things in order to accomplish the vital ones.”

Not sure how the first reader will find his or her way, but who starts a major series on book #4? A good read.

“Some mistakes you can’t fix by being sorry.”