Woodrow Wilson delayed the armistice because he was in secret negotiations with the Germans, leading them to think they were getting a better deal and unconditional surrender, based on his famous 14-points. In fact, The Treaty of Versailles was so bad it virtually guaranteed World War Two.

The full story of this debacle may be found in Charles L. Mee, Jr’s book, which I reviewed here.

The Wall Street Journal reports, the Trump administration has decided MetLife is too big to fail.

No one is too big to fail. That is a myth perpetrated by oligarchs seeking to protect themselves from both the market place and from regulation.

We need to let one or two of them crash to demonstrate the resiliency of the American economy. And we need to jail a few of those oligarchs who think they are above the law.

There’s nothing wrong with the American economy that a healthy dose of integrity wouldn’t help.

An August 30 Bloomberg Businessweek article blames Houston’s lack of zoning for the severity of Hurricane Harvey’s impact. New York and New Orleans had zoning; they were inundated.

All three cities were flooded. Zoning or the lack of it wouldn’t have made much difference against topography. In Houston’s case a nearly flat bowl of semi-permeable at best land gets over fifty inches of rain.

All three cities had lots of people and businesses in the way of a flood. As American coastal cities swell in population, we will see more, worse examples. Whether zoned for it or not.

Bloomberg made a political, not an economic, meteorological nor geological point.

Could things be done differently? Sure, but hindsight is always 20/20. Neither New Orleans nor New York relocated.

My forecast: expect another of these every decade from now on.

In the face of a natural direct hit, we would do better helping each other. Not throwing bricks. 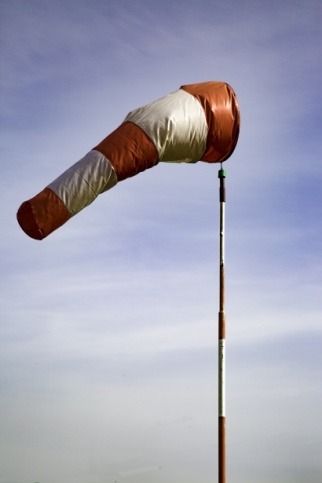 The recently leaked climate report is undoubtedly those people’s best effort to make the case for the inevitability and impact of global warming, but for those who know how Washington produces such reports it’s less than convincing.

First, everyone working on it was a true believer. No skeptics, deniers, or even neutral folks need apply.

Second, even though it was touted as a multi-year, multi-administration effort, it’s still the report of one side.

Third, when asked a question in Washington, the question implies the answer. We called it “gaming the system.” It’s the way things are done inside the Beltway.

Finally, have all those folks sworn off flying? Parked their gas guzzlers? Charge their Prius’ only from solar panels? Live in zero-carbon condos? Grow their own food? Heck, no. They’re hypocrites just like you, me, and Al Gore.

That is not to say that the weather isn’t getting warmer, nor that human activity didn’t contribute to it, nor that the impact won’t be huge this century. It’s just to agree with Benjamin Disraeli that the worst kind of liars are statisticians. 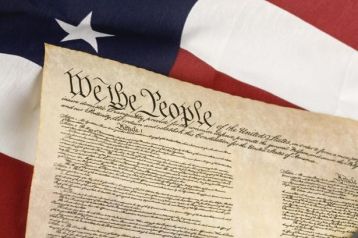 America is not great because of it large, talented population. Nor of its huge gross domestic product. Nor its arsenal of nuclear warheads. Nor its vast natural resources. Many other countries enjoy some of those benefits and burdens.

America is great–and proves its greatness every day–because it respects its own limitations, most recently by a ruling by the government’s courts against the government.

America is great because the most powerful man in America is not above the law.

And the least powerful is not beneath the law. 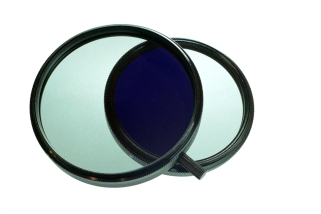 The Times May Be Changing, But Not the Divisions

Not only do we live in an increasingly black and white world, but the polarization of American politics flips our values with every change of administration. Yesterday’s truth becomes today’s lie. What was formerly good is now condemned. Just because the party of the person sitting in the Oval Office has changed.

Folks now aghast at Trump’s coziness with Putin denied revelations that the Clintons fronted for Russian oligarchs buying American uranium mining companies. The people who used to complain about the size and cost of Michelle Obama’s entourages are mum about the expense of maintaining multiple Trump households. The test of “false news” is not truth, but consonance with my preconceptions. Who checks the fact checkers?

The filter of faction is highly polarized. We aren’t aware of our own bias because our sources of news and opinion pre-filter information before it reaches us. We think we’re reasonable. We’re not biased, only those other folks.

The filter we look through is the first thing we don’t see.

A federal hiring freeze is a good start, but the Washington bureaucracy–including the Pentagon–needs a ten to twenty percent authorization reduction, not just current bodies.

C. Northcote Parkinson noted in the 1950s: (1) “An official wants to multiply subordinates, not rivals” and (2) “Officials make work for each other.” The number employed in a bureaucracy rose by 5–7% per year “irrespective of any variation in the amount of work (if any) to be done”.

“No government ever voluntarily reduces itself in size. Government programs, once launched, never disappear. Actually, a government bureau is the nearest thing to eternal life we’ll ever see on this earth!” Ronald Reagan

“Between the Devil and the Deep Sea”*

Americans must decide, do we want a president who is crazy or corrupt?

Those who tout Trump’s business acumen and frankness ignore his sleaze. Those who tout Clinton’s resume and experience ignore her chronic lying.

Partisans of each side recognize the mote in the other’s eye but overlook the plank in the eye of their candidate.

And both candidates will raise your taxes … even you who don’t think you pay taxes.

* The expression dates from 1637. Western civilization is no stranger to such a dilemma.

If this were a normal election (whatever those are), we’d be hearing a lot more about Obamacare’s implosion, with each side blaming the other. And the deficit. Ditto. And the Battle of Mosul, with both sides taking credit.The weather. Ditto.

Instead we’re stuck with character assassination.

Not a good way to run a country, no matter who survives this stupidity. 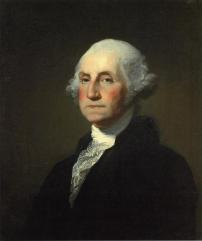 “Truth is so enveloped in mist and false representations that it is extremely difficult to know through what channel to seek it.”

(Not a new problem.)