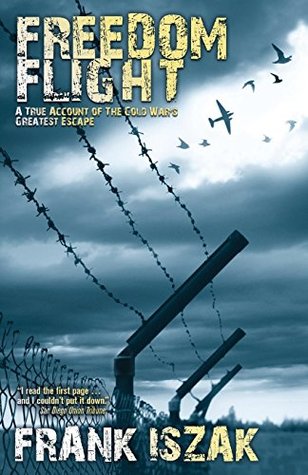 “Tyranny doesn’t start with the gulags and gas chambers, it ends with them.”

Thrilling tale of a group of young people brought together by the very government that oppressed them. The tyranny of totalitarians regimes is still with us; history repeats, even with variations. (Should be a movie. Oh, it’s in production. Maybe.) Read the book.

“But God was omnipotent and His Ways could be strange and unpredictable. He had the answer. He was just holding it back.”

Iszak then and now credits divine intervention for their success. He gives sufficient detail that skeptics can draw their own conclusions.

“I was thinking last night. If we make love, I can’t wear a white wedding dress when we get married. Hmmm, I thought. Then I kind of mentally inventoried my wardrobe at home, and I realized that I don’t even have a white dress. On top of that, you never asked to marry me anyway, did you?” Iszak’s future wife.

I am wary of “true” stories first told over fifty years after the fact. Too convenient for potential inventors. Iszak admits he changes some names and provides basic documentation that the escape really happened. For the details we must trust him.

“The Kremlin-controlled media behind the Iron Curtain referred to the event as ‘Air Piracy’. They would have called it hijacking, but no one had coined the word yet.” Hijacking was in use long before. He refers to skyjacking.

“For seven just-liberated slaves, the sun had risen for the second time that day. This time in the West.”