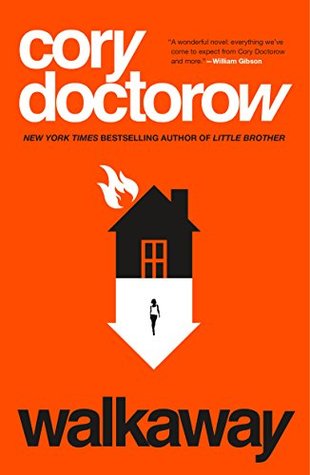 “So long as you keep on pretending that money is anything but a consensus hallucination induced by the ruling elite to convince you to let them hoard the best stuff, you’ll never make a difference. Money only works if there isn’t enough to go around. (Weimar Germany tried to print “enough to go around” in the 1930s. Didn’t work.)

Wanted to like this more. Doctorow obviously worked hard on creating a gripping, convincing story. Convincing? Oh yes, because this is a 400-page infomercial on socialism.

“Sci-fi and fantasy are two sides of the same coin.”

Science fantasy. Not because of magic or elves, but the fairy tale that you can wish away limited resources and human nature. A post-apocalyptic utopia about building a better world, as realistic as Star Trekkian replicators, artificial gravity, and warp drives. Utopias are good for all of us.

“The plural of anecdote is not fact.”

About that assumed plenitude of resources, even socialists understand that human history has always been about limited resources and unlimited wants, even when it seems like resources ought to be unlimited. Where did the feedstock, servers, processing, power come from? An eggbeater on the roof? The garbage pile? In your dreams. Entropy and friction assure that almost every process takes more energy and materials than it outputs. “There is only so much electromagnetic spectrum in the universe.” That’s not all that’s limited.