Book Review: The Seven Storey Mountain: An Autobiography of Faith by Thomas Merton

“By the gift of faith you touch God.”

“The only law we (student Communists) had to obey was our own ineffable little wills. And if, afterwards, we changed our minds–well, were we not our own gods?”

Hard to believe this book was so popular when published in 1948. Merton sounds like a man from a different century, if not a different planet. His generation may have been the last to routinely learn Latin. He touched all the best his world had to offer in Cambridge, Columbia and the fleshpots of New York City and, while still relatively young, he left it–converted to Catholicism and became a Trappist monk.

“I had been suddenly illuminated by being blinded by the manifestation of God’s presence. I had to be led by a way that I could not understand and I had to follow a path that was beyond my choosing.”

Many parallels with C. S. Lewis’ conversion at about the same time, as reported in Surprised by Joy. Many converted to Catholicism in mid-twentieth century. That the converts had good and sufficient reason END_OF_DOCUMENT_TOKEN_TO_BE_REPLACED

“Death is the moment when everything loses value except the truth.”

Competent fantasy series opener. Ensemble cast of introduces themselves by their choices. Engaging people and plot in an adventure road trip by water on the greatest ship in the world. The concept of waking is well-developed, and a fresh way to introduce sentient beings in “lesser” animals.

“No animal, no man, no thousand year old sage is perfectly awake. True waking is … emerging from one cage into a larger, brighter, less lonely cage. It is a task never done.”

Everything that can go wrong does, which is half the fun. Coincidence and good luck END_OF_DOCUMENT_TOKEN_TO_BE_REPLACED 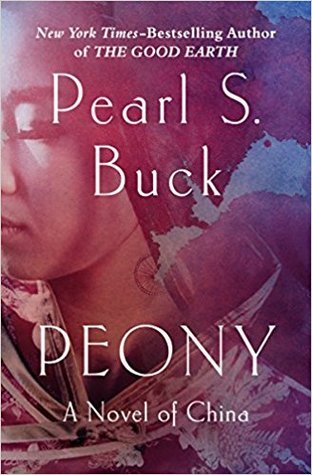 “You paid money for me, but that does not make me yours. A human creature can’t be bought whole.”

Excellent. Buck delves deep into the thoughts and emotions of the title character and those closest to her. Unlike typical novels, the reader is immersed in the flow of hopes and uncertainty of all the principal cast. Based on history, Buck explores the assimilation of Jewish communities which had existed for hundreds of years in China.

“Out of the dark and sullen bottom of a lake the lotus flowers bloomed upon its surface, and she would pluck the flowers.”

A full immersion for the reader in the life and times of a Jewish remnant in China. Paradoxically the Jews in Europe, persecuted to death, kept to their faith and culture; while Jewish communities in China END_OF_DOCUMENT_TOKEN_TO_BE_REPLACED 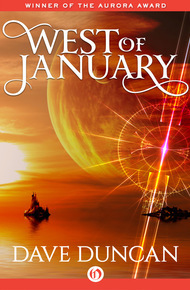 As good as Kearne’s Iron Druid series, but needs polishing. I stopped and started reading it several times as the fractured storytelling, while innovative, broke the rhythm. Too many main characters, too many countries and cultures, too little continuity. (A more readable map may have helped, but the ebook map was unreadable.) Everyone sounded the same, despite a maze of cultural details meant to differentiate. In a word: boring.

“My primary talent so far was not thinking things through to the possible consequences of my actions.”

Even with the explanation of how the Bard came into possession of so many journals, the circumstances of several deaths would have prevented him from knowing all he claimed. On the other hand, Kearne ties himself END_OF_DOCUMENT_TOKEN_TO_BE_REPLACED

“The only smart way out of this was to kill all of them. I was going to have to take the dumb way out.”

Wells hits another home run. She hones the voice and character of her snarky rogue security unit, the titular murderbot. This plot is convoluted enough that any comments risks being a spoiler, so I won’t. Love the cover art.

“… and your SecUnit prayed for the sweet relief of a massive accidental explosive decompression, not that I’m speaking from experience or anything.”

“Or Miki was a bot who had never END_OF_DOCUMENT_TOKEN_TO_BE_REPLACED

Book Review: The Road Ahead by Hali C. Broncucia

This is weird. I liked this story: a contemporary post-apocalyptic female hero’s journey. Good premise; engaging protagonist. I started this review intending to give it four stars, but as I wrote I realized it made no impression on me.

Normally I record quotes as I read, to give readers of my reviews a sense of the writing style of the author. I got to the end of The Road and discovered I’d written nothing. Broncucia writes well; her writing just didn’t move me. In fact, I paused several times while reading it, uncertain whether I wanted to finish it.

Loses one star for the obviously-driven-by-sequel-concerns afterword tacked on the end. It was hokey and added nothing to this story.

Other than that, a good first novel.

“Today’s massive container ships, jet planes, the Internet, and an increasingly globalized supple and manufacturing network are just further evolutionary steps in a process that has been ongoing for the past five thousand years.’

Economics 101 as told by an elderly English-wannabee uncle. Old-fashioned syntax mars a serious, in-depth study of world history as seen by an economist. (When you’re only tool is a hammer, every problem looks like a nail.)

“I always get to where I’m going by walking away from where I’ve been.”

Another retrospective on a childhood fantasy, in this case from the perspective of Winnie the Pooh’s friend, Christopher Robin, grown, married, a father, and well into a mid-life crisis.

“Your life is happening now, Right in front of you.”

Apt to be enjoyed by adults more than children. Unlike the Calvin and Hobbs approach, other people see and hear Christopher’s moving and talking. Piglet and Eeyore are perfect; Pooh and Tigger less so.

Book Review: “Loss of Signal” by S. B. Divya

“If someone offers you a chance to cheat death, the sane response is to accept it, right? Maybe not.”

Nice. Very short: very focused; very powerful. Hard science fiction, but even firmer grasp on the emotions of being alone, unarmed, and … scared to death. Find it on tor.com. Enjoy.

“The moon loomed, familiar and white, filling most of my view as I rotated toward it: my cratered dream; my harsh mistress. The blanched horizon terrified me.”

Nice artwork by Jun Cen, though the phase of the moon and the earth don’t match as they should.

“You act out the scenes in your head, and you’re always the hero.”