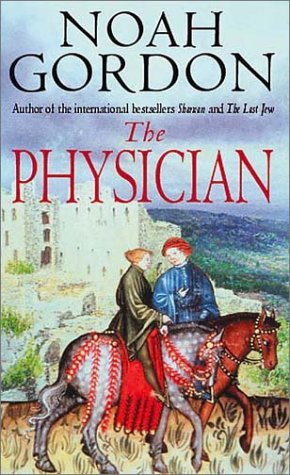 “To feel somebody slip away, yet by your actions to bring her back! Not even a king had such power.”

Excellent. Historical fiction is hard. A single false detail destroys the illusion. Historical fiction set in the eleventh century is extra hard. The purpose of this book is to “touch the hem of the robe” of ibn Sina, the great Moslem physician, philosopher and polymath, know to us as Avicenna. Gordon succeeds. Yet avoids romanticizing medieval Islam as so many Western authors do. Strong states rest on contradictory foundations, then and now.

“Allow learning to become a part of you, so that it is as natural as breathing.”

Gordon’s protagonist is an English man with a healing “gift,” which he seeks to improve under the greatest physician in the world. Unfortunately for him, Persia is a long way away. How he gets there and who he interacts along the way sets the frame for his time at the feet of the master. (He also displays a gift for languages.)

“When one rode an elephant all things appeared possible.” Rob J. learns that, then as now, one who can be your patron and protector can also be your greatest peril. Lord Acton was right, power corrupts, and absolute power absolutely.

“This strange city where everything was forbidden by the Qu’ran and committed by the people.”

The PG style of the story is spoiled by several semi-soft- pornographic scenes and some language.

Gordon admits to being creative when the historical record is sparse, but the result takes the reader to another time and place much better than many novels set in the nineteenth century. Along the way we are introduced to the Shah’s Game (chess with no queen), the Parthian Shot, and of course medieval medicine.

“The worst had happened and therefore he had been freed from the terrible prison of dread.”