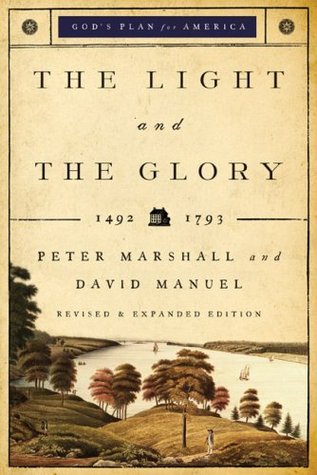 Book Review: The Light and the Glory: Did God have a Plan for America? by Peter Marshall and David Manuel

As the cover asserts, the second edition is “revised and expanded.” (For a fuller review of the first edition, read here.) Some material has been deleted, some of which had doubtful providence, some perhaps to keep the book close to 500 pages. The result is a better, tighter argument of the author’s thesis.

As reviewed previously, this book presents an argument, that “Since the first Christian settlers entered into covenant with Him, God has called the people of this country to be ‘a City on a Hill,’” referring to John Winthrop’s 1630 quote from Matthew 5:14.

Thirty years elapsed between editions. This writing is tauter and reads better. While the cover art of the first edition is more striking, this edition is preferred for the text.

(Both authors are now deceased. The link in goodreads.com is erroneous, to Marshall’s father.)