A faceful of sunshine.

I noticed yesterday afternoon as Terry and I were leaving to meet friends for dinner that one of my sunflower plants had bloomed.  We made it home just before sunset when I was able to snap a photo of the bloom (before the birds destroy it getting to the seeds). 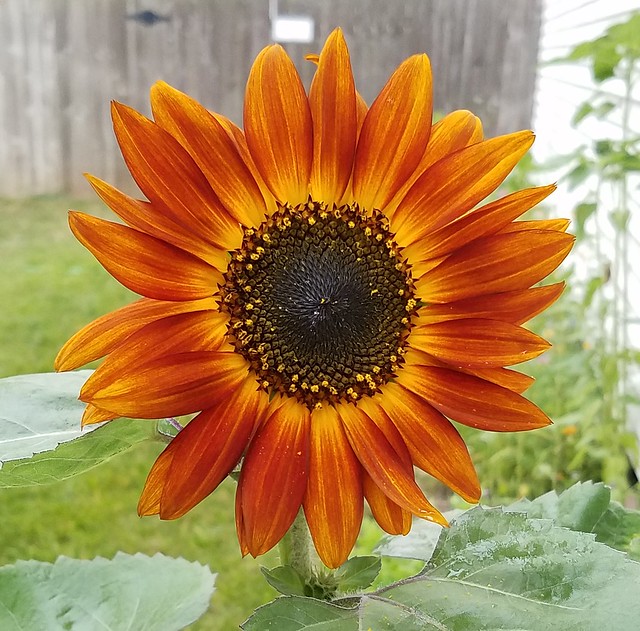 May your Monday be full of summer sunshine and happiness!

The Brexit vote wasn’t even close. Good on ya, John Bull. For better or worse, the British people have taken control of their future, not left it to faceless, unaccountable bureaucrats in Brussels. The polls, as usual, weren’t close either.

What’s the deal on polls? They seem farther off more often than in the past. (Yes, I remember 1848.) Could it be that their samples are no longer representative of the populous? Many folks have posited that.

Or, may I suggest, in this age of weaponized statistics, polls err more often because they aren’t intended to discover what people think as much as to alter opinions? Polling has become a hidden persuader. Politicians substitute opinion polls (and focus groups, etc.) for leadership.

The pollsters have happily obliged. Today we are bombarded with numbers of doubtful providence trying to persuade us that “all right-thinking people” hold this or that opinion.

Personally, though contacted, I have declined to be surveyed for several decades.

Maybe I’m part of the problem. 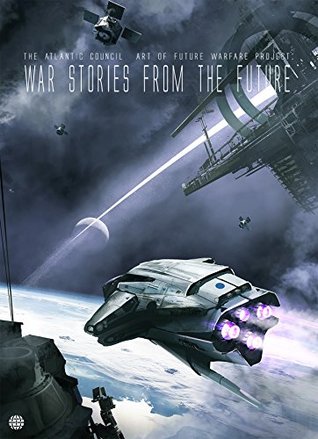 “There will be an end to war, but there will always be a need for heroes.”

A collection science fiction tales focusing on warfare in the near future. Not all are traditional space operas. Better than most anthologies, but variable quality.

“Nobody wanted to be responsible for the carnage that everyone constantly felt was imminent.”

My favorite is “Codename: Delphi”, though several try to explore how remote command and control and crowd-sourcing battle field analysis impacts combat. Some unintentionally funny.

“Just because the enemy is dead doesn’t mean you’re alive. Reality is simpler than games.”

Better than most SF/F anthologies perhaps because it’s more focused. Even the “Best of…” books tend toward diffuse and drivel.

“The trouble with foreign policy is that foreigners are so unpredictable.” 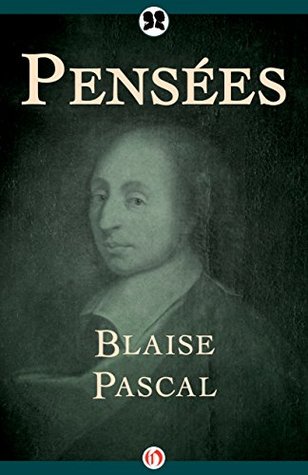 A significant effort on the part of a troubled Catholic in 17th century France. at odds with his church, especially the Society of Jesus, on one hand and the secular humanists, such as Voltaire and Montaigne, on the other. That he carried his manuscript sewed inside his coat is indicative of how heretical he knew his Jansenist thoughts to be. (The Jansenists were condemned by Pope Innocent IX in 1653.)

I have reviewed the opening sections of this tome in two previous reviews, here and here. This review will examine the rest of the book and summarize my thoughts. Without a doubt, Pascal was an original and creative thinker, one of the first mathematicians END_OF_DOCUMENT_TOKEN_TO_BE_REPLACED 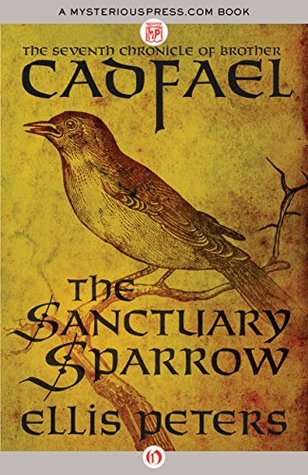 “You must not attribute evil to what is natural misfortune.”

Unlike many Cadfael mysteries, this book exists in a temporal vacuum. Set in 1140, it makes no reference to its historical situation. For that reason, lovers of mystery may prefer it while lovers of historical fiction may be less enthralled.

“No man can be wise for another.”

The team of Brother Cadfael and Hugh Beringar ferret robbers and murderers, protect the innocent, and occasionally sit down to a cup of wine in the monastic’s herbarium. Several strong female characters, each with END_OF_DOCUMENT_TOKEN_TO_BE_REPLACED 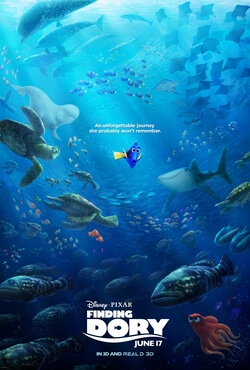 Another home run. Pixar creates both a backstory and a future for Dory from information–occasionally minor details–of Finding Nemo. Much the same feel with a slight improvement in Pixar’s already awesome computer graphics. Many of the familiar themes of family and friendship and helping strangers. There’s an “aaah” moment about steadfast parental love. (Can’t tell without spoiling it.)

Formulaic? Yes, it’s formulaic, but it’s a very good formula and they do it very well. (Don’t read the Wikipedia synopsis: it tells too much and has factual errors.)

Showing note: the computer glitched just before the previews started. Everyone understood that the computer needed to be rebooted. Most children have no idea what a reel of film is. Unfortunately, an inattentive operator dropped us into the middle of a Warcraft battle: totally inappropriate for an audience populated with many pre-kindergarteners. The theater compensated each with a complimentary pass.

The short “Piper” was a visual joy to watch.

So, take your children, grandchildren, or date and go. 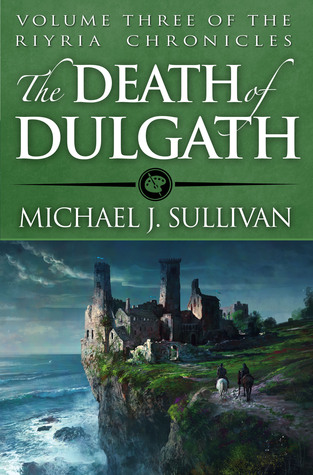 Book Review: The Death of Dulgath (The Riyria Chronicles #3) by Michael J. Sullivan

“We are more than the bodies we inhabit. They’re little more than clothes, and yet we judge so much by them.”

An important, perhaps essential, addition to the Riyria corpus, Death takes us back to the days before The Revelations for a fill-in-the-blanks tale about the odd couple partnership of Royce and Hadrian. Be warned: each of them is slightly different at the opening of this story than you encounter in the Revelations. Not your typical swords-and-sorcery novel.

“What good is … living if generosity and kindness are myths?” 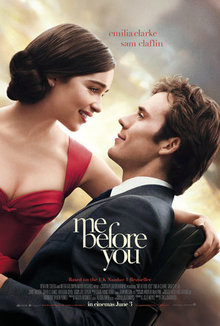 Movie Review: Me Before You, directed by Thea Sharrock

Not a block buster, but a pleasant, introspective look at the meanings of self, success and life. A welcome change from the usual cinematic mayhem. Not big budget, but well done.

However, the underlying assumption that “life” is over for the disabled and that they should remove themselves, so others may live fuller lives, cost it a star. If “Will” was all that talented before his accident, he could continue contributing after. Almost as if the script used the injury was a short cut to empathy. Spoiler: The leading lady falls in love with the suffering hero, then he “punches out” of life leaving her bereft. And inheritance somehow makes it okay?

Assume the PG-13 rating was engineered by the introduction of offensive language.

Haven’t seen Ex Machina (and now won’t) but I understand the existential anguish Jon describes. We may be programming our own extinction.

Last night I finally sat down and watched the last nominee in the Best Dramatic Presentation, Long Form for the 2016 Hugo Awards. 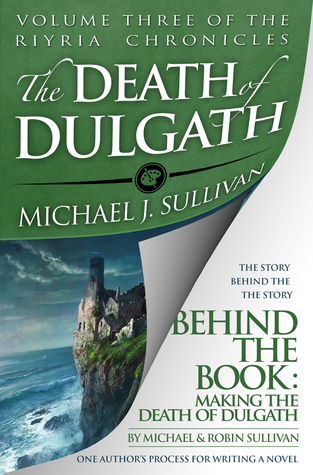 Book Review: Behind the Book: Making the Death of Dulgath by Michael J. and Robin Sullivan

“To me, it’s more realistic to believe that with effort, perseverance and a bit of luck dreams can come true.”

Less the Zen of writing fantasies than the Chilton.

“The universe doesn’t abide vacuums and has a particular dislike for plans.”

A brief recapitulation how Michael and Robin Sullivan wrote a publisher-ready fantasy novel in about sixty days. (A good novel, I might add. See my review.) The reader of fictions in general and fantasies in particular may be entertained; the writer of fiction and fantasy will be captivated. This isn’t how everyone does it, but it’s a look behind the curtain. For that END_OF_DOCUMENT_TOKEN_TO_BE_REPLACED