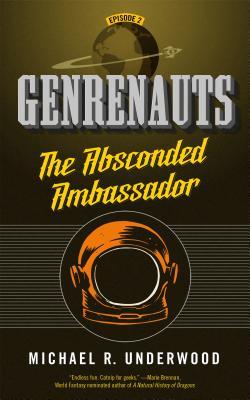 “Pots of tea so caffeinated you could practically see through time.”

Great fun. Another enjoyable romp through the world(s) with those who charged with keeping the narratives on track. Builds on the first book, but still accessible without having read it. All the sly cultural and SF memes and allusions we expect from this series.

“A lot of diplomacy is the managing of public image.”

Fast paced and fun. Our protagonist has a backstory, but most of her life is immersed in her job. And what a job it is.

“That’s the problem with pessimism. When I’m right, I still hate the result.”

My main quibble is the story itself: kidnapped ambassadors on the eve of diplomatic breakthroughs is a mainstay opening for space operas. How can that be a narrative breach? Doesn’t make the story any less enjoyable; just not the punch of the first tale, in which the standard denouement to the standard western plot misfired.

“Dawn smiles on the prudent.” “… like a Lao Tzu MBA course.” 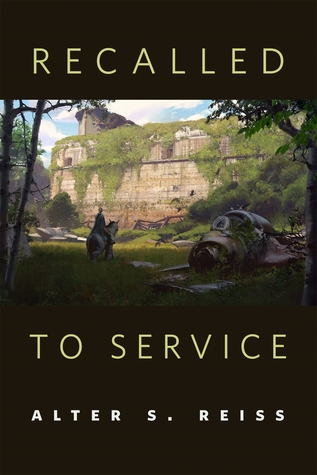 “Really, there is no such thing as necromancy.” “Said the revenant to the necromancer.”

A cracking short story about … well, about life and death and value and meaning. And maybe about playing God.

“You have given a thing life, only to give it an eternity of pain.”

“It is easier to love things than to love people, but it’s not enough.” 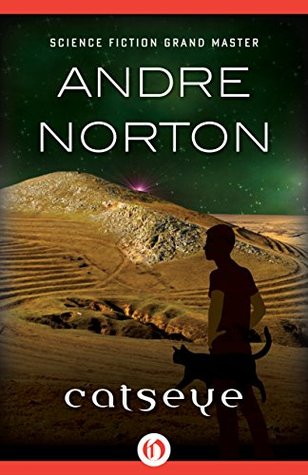 “Knowledge could be both a weapon and a defense.”

Slow start, but Norton delivers. Her character and world building are leisurely, but do the job. Satisfying end to this story with hooks into the next. A skill rare among today’s writers.

“Look, listen and keep your thoughts to yourself—the law of survival”

One can’t help but think Norton was writing about more than man’s relationship with animals formerly kept as pets when this was written. (I’ve tried to say more three times, but quit because anything more would be spoilers. Just read it and enjoy.)

“Belt knives shift from one wearer to another without losing their edge.”

No female humans appear in this story written by a woman. I find that odd.

“Few men are going to accept readily a co-partnership with creatures they had always considered property.”

Awarded an extra star because, though first published in 1961, this story weathers the last half century of technological innovation very well. Many stories written only twenty years ago sound dated. Perhaps it’s because the people, creatures and relationships are so real.

“One does not throw away a new thing merely because it is strange.” 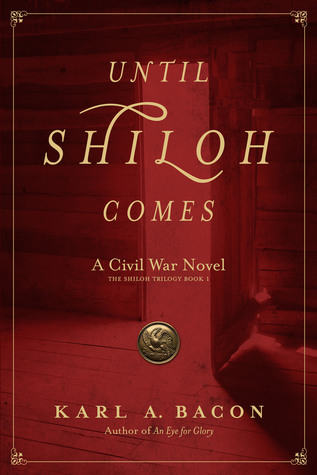 Book Review: Until Shiloh Comes: A Civil War Novel (1) by Karl A. Bacon

“A mother should never see her son like this.”

A Christian, historical fiction novel would seem an easy to overlook niche book. That would be a mistake. Until Shiloh Comes is about more than a poor southern family’s reaction to the devastation of a major Civil War battle on their doorstep. It’s about reality forcing its way into what we think is right and normal. Yes, five stars is a stretch, but there are so few really good books of this genre.

“How you talk isn’t important … what’s much better is the meaning of your words.”

“It mightn’t seem right to us, but it’s what the good Lord’s given us, so that makes it right.”

The case in point is religion. Evangelical Christianity in 2016 has a different vocabulary and set of assumptions than Christians held in 1862. But to exactly reconstruct the particulars of the old-time faith would make it unintelligible to moderns. The author gently suggests differences in belief without raising contentious issues.

“But God had a different plan, and I don’t know what it is.”

Similarly, Bacon keeps the reader in the story historically with true-to-the-time details of race relations, farming, building and weapons technology. Experts may quibble, but for most readers its close enough.

Quibbles: Bacon overdoes the regional and racial dialects. Yes, rural Tennesseans would have spoken an argot unintelligible to modern ears, but having established his character’s types early Bacon could back off as the novel progresses. The neighbors’ reaction to a hated enemy might be less laissez-faire, but highlights the behavior of those whose reaction isn’t.

It ends with a cliffhanger, but unlike so many inept series the first volume is a cogent whole. The reader is drawn in to more, but not left feeling cheated by a three hundred page introduction.

“I’d rather not pass that way in the dark again.” 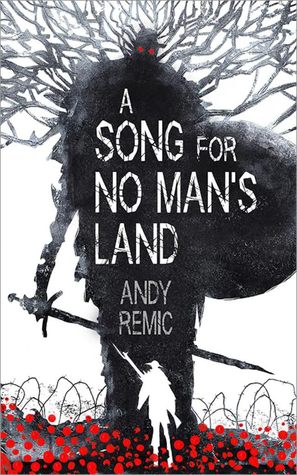 Book Review: A Song for No Man’s Land by Andy Remic

“… soldiers praying to a god they no longer believed in … for a miracle that couldn’t happen.”

Excellent set up, good storytelling crippled by inept plotting. The Great War (WW I) as seen by Tommies who neither know nor care about the politics; they just want to survive. But perhaps the Huns aren’t the only ones hunting them.

“You will be a hero … but more importantly, you will strive to do what’s right.”

Reveals the supernatural element slowly, so the reader (intentionally, no doubt) at first wonders what is real and what is hallucination. But, even with each chapter labeled as to its time and place, the skein of the story is twisted, knotted and occasionally broken. Needlessly repetitive.

“How could one man take praise … when so many of his friends were dying out there in the dark?”

It’s good; it might have been better as a novella. Or, since there’s more, combine that with this to make one decent story.

“Sometimes lies are the only option.”

Three stars was a gift. 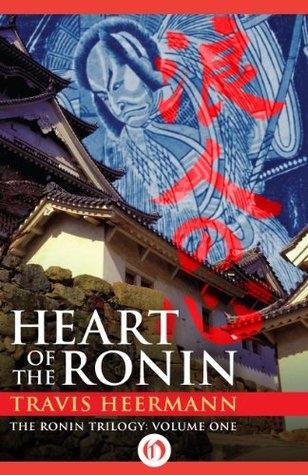 “[Small birds] forgot kindness so quickly and remembered wrongs for so long … much like people.”

Well-conceived and well-written Japanese historical fantasy. Kind of a parallel universe with this world during the Kamakura shogunate. Plus an apt mix of real and fantastic.

“Once you got high enough, you cannot see the evils happening far below … while believing you see everything.”

Evokes another time and another place. A story as old as time. Multiple points of view and story arcs draw the reader into both this story and the culture at a pivotal moment in history. Enough threads were tied off to provide a satisfying conclusion to this volume, while unresolved threads draw the reader into the next. Well done.

“Hate was one of the world’s great evils, and it harmed one’s own soul.”

Heermann draws an apt contrast between the Way of the Warrior and the concerns and struggles of normal people. The contrast is most telling when comparing the Samurai—not with the poor, but with the rich and powerful, but political.

“There was no before, and no after, only the Now.” 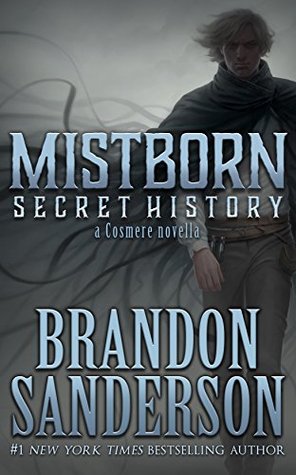 “Fortunately, before I died, I put a plan into motion. I can’t remember it, but I’m certain it was brilliant.”

Even Babe Ruth struck out occasionally. Not that this is a swing and a miss. More like a little blooper into left center field. A hit, but disappointing.

“Stop him? He’s the force of entropy, a universal constant.”

I read and liked all three original Mistborn books, but saw no need for nor felt any connection to this one, despite Sanderson’s avowal that fans clamored for it. The publisher may have clamored, too, but that doesn’t make it all that good.

Sanderson is a good writer, but the plotting was sketchy and the character development was assumed to have already happened. Nice cover art.

Only for die-hard fans. 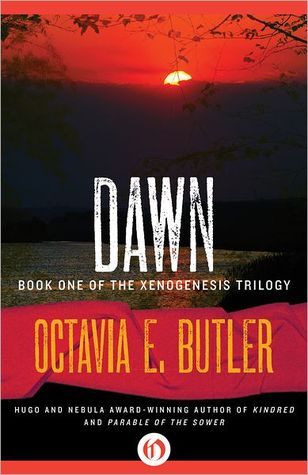 “Humans, on the other hand, often lied easily and often.”

Wow! What’s not to like: awarding-winning, post-apocalypse, first contact, deep introspection, living space ship, weird aliens. The second half drags because the point-of-view female lead finds herself defending indefensible intrusions into people’s lives by aliens who are trying to save them—collectively, if not individually. (The choice of her name can’t have been an accident.)

I love first contact stories, and Butler handles this the best way possible, from deep inside the mind of the isolated, frightened human who experiences it.The problem with learning by your mistakes is the possibility you won’t survive them. Lilith makes plenty. She has help. Yeah, the men all are cardboard cutouts, but that’s how Lilith sees them. In fact, most humans don’t handle it well; probably realistic.

The ending is particularly satisfying because it wasn’t satisfying at all. More realistic than some of the sweet contrived endings we get in literature. “Tomorrow is another day” is descriptive as well as prescriptive. Good enough to impel us into the next volume.

Fulfills the promise made in Parable of the Sower, which I didn’t like nearly as well. (The xenogenesis series preceded the parable series, but was superior … so far.) 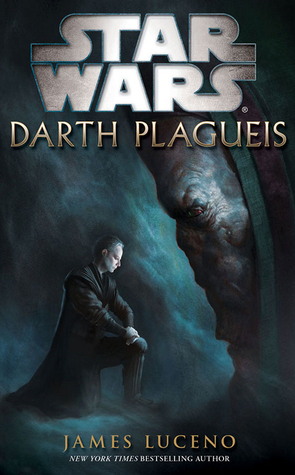 “No true Sith cares about another.”

A worthy addition to the Expanded Universe. No, not four stars on any absolute scale of literary merit. (Is such a thing possible?) But certainly better conceived and executed than most Star Wars EU books. Darth Plagueis joins many threads from the EU into the canon of Star War orthodoxy (the movies).

Don’t let the title fool you, this book is mostly about Palpatine AKA Darth Sidious. Oh, it details the genesis, rise and reign of Hego Damask as Plagueis the Wise, but mostly the story is about how Palpatine was apprenticed by and superseded his Sith master. No, mostly the book reiterates copious Star Wars trivia, tying as many loose ends as possible from the EU into the canonical fourth movie (Episode One).

“The power of the dark side is an illness no true Sith would wish to be cured of.”

One of those threads is the theology of the Force. From Obi Wan Kenobi’s opening synopsis of Force theology in Episode Four, the Force has grown from END_OF_DOCUMENT_TOKEN_TO_BE_REPLACED

Have you noticed that none of the candidates have any defense experience? Only one has foreign policy experience, and we’re still arguing about that.

Several have talked about how they “will “do” this or that with no indication whether they understand the constitutional and legal ramifications of their pronouncements. At least one—no, two candidates don’t care.

Speaking of government procurement, throwing money (even if you have it) at problems seldom solves anything and will certainly balloon the deficit and debt (another thing no one talks about). And the last people you want to give a blank check to the Pentagon. All those folks know how to do (other than win wars) is turf battles and gold-plated requirements. Seen the price tag of the new destroyers or the F-35 fighter? (I know, Congress shares that blame.)

Government acquisition is governed by a bookcase of regulations, not to mention pork barrel politics, political correctness and social engineering from both sides of the aisle. Those $400 hammers are a direct result of the arcane regulations which require more lawyers and accountants than buyers, by both the buyer and the seller.

Do any of the candidates understand that? Unlikely. They think they’ll hire folks to run the departments, and they’ll play golf. But who will they hire? In the case of the senators and the—ahem—entrepreneur, we have no clue. In the case of the governors, we can assume they’ll depend on the type of people they populated their state-level administrations with.

But for some reason, this never comes up in the debates or the opinion pieces. Why not?