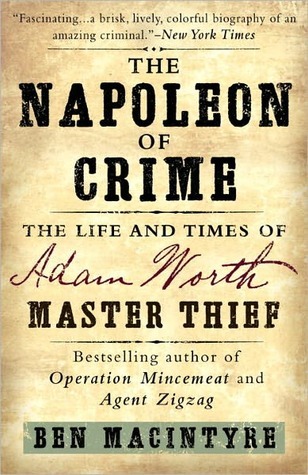 Book Review: The Napoleon of Crime: The Life and Times of Adam Worth, the Real Moriarty by Ben Macintyre

“[He had] plenty of time for morals; it was laws he disdained.”

Award-winning well-researched and written biography of a criminal no one heard of … even in his own day. His most infamous crime was the theft of a Gainsborough portrait, then the highest priced art in the world. Along the way, he burglarized, robbed, or forged on five continents and became the model for one of literature’s most famous criminal: Arthur Conan Doyle’s Professor Moriarty.

A notable difference between Adam Worth and the fictional crime lord is that Worth avoided violence. He regarded carrying, much less using, fire arms a sign of END_OF_DOCUMENT_TOKEN_TO_BE_REPLACED