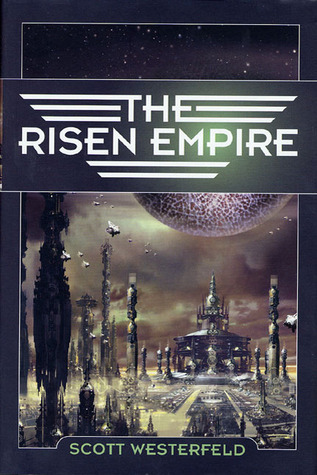 One Star out of Five

“There are no moral victories. Only real defeats.”

Talk about coitus interruptus. The whole book develops the coming big battle, slowed by dozens of point of view shifts and flashbacks, and the last sentence of the text is “The Lynx moved toward battle.”

“Humanity is but the raw materials of greater minds.”

Yes, we know the battle will resolve nothing, in fact may make things worse. This is only Part One after all. But building the reader’s anticipation for three hundred pages, then slamming the door in our face is inexcusable.

“All systems of sufficient complexity tend toward self-organization, self-replication and finally self-consciousness … as inescapable as entropy.”

Well, if erratically, plotted; well written. Headed toward a three or four star rating until the book ran out before the story. I say again, cheat! I generally do not post reviews this negative, but this is egregious. Authors have a contract with readers to deliver something at the end of each volume.

“With the revelation of Amazon’s first stirring, it became obvious why humans existed … to build computer networks.”

Quibbles? Sure, lots of twentieth century practices and technologies for cultures supposing to have conquered death, light speed, gravity, etc. Clumsy, but forgivable. Several developments had no apparent reason other than advancing the plot. Example: Two people are pursued by a two-person scout aircraft (even though both sides usually use remote or autonomous drones, so when they capture it, it’ll transport both of them.

“Death is the real thief. Love was fragile and hapless compared to it.”

“If you don’t have the love straight, you have no business praying for people, let alone witnessing to them.” Gerri Dickens, Associate Pastor, Prevailing Word Ministries.