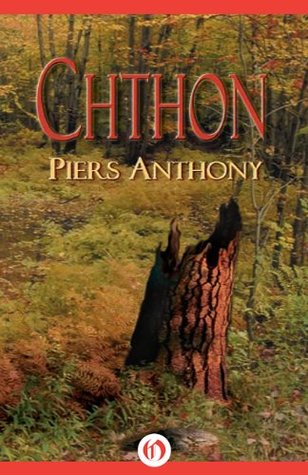 Three Stars out of Five.

Anthony’s first novel, and the result of many years efforts, Chthon is a fantasy classic and nominated for many awards back in 1967. It has aged well, that is its science hasn’t gone jarringly out of date as so many science fiction tales do.

That said, the complex structure which attracted him and other readers left me cold. Talk about in medias res. The story starts in the middle and goes backward, then forward, then back. Whiplash. He called it a double helix, obviously referring to DNA, but to me it was just a big mess. The story would have lost little if told in order. Yeah, the Great Experts loved it. So?

Anthony borrowed elements of Greek mythology as his springboard. Chthon is dark and literary. It’s not half bad, but not as much fun as his long-running Xanth series.

Through the ages men have acknowledged the superiority of images over descriptions, resulting in the English idiom, “A picture is worth a thousand words.”

Early in my Air Force career I realized that training myself and my people was a huge part of mission and personal success. I also learned that words and pictures were inadequate for teaching, especially manual and visual skills. Every parent dreads the words “some assembly required” because we already know the instructions will be laughable.

Therefore I came to rely on actually doing the task. A child learns to catch and throw a ball by … catching and throwing a ball.

Military training for centuries has relied on stepping the individual through his task, building complex skills from simple ones and finally building unit actions from combined individual movements. Soldiers practice disassembling, cleaning and reassembling their weapons in darkness; units practice moving without audible commands; exercises and war games. Something as mundane as a parade exercises unit integrity and movement. During the Cold War we spent many hours getting in and out of chemical warfare gear, which we thankfully never needed, though we came close during the Gulf War as Saddam Hussein (a known chemical agent user) rained Scud missiles on us “somewhere is eastern Saudi Arabia.”

The other night a toilet lever broke. Rather than fix it myself, I showed my son how and let him do it. (In Tom Sawyer fashion, he talked his girlfriend into doing it.) Both of them now know both how to perform a common household repair, but also know that they can do it themselves. (Well, she can.) 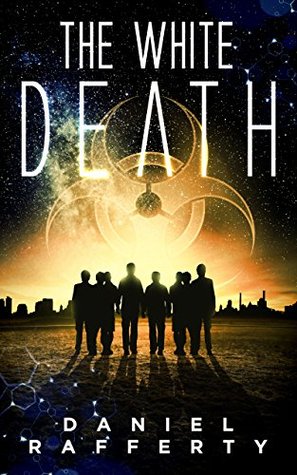 Writing a science fiction story set 25 years in the future is difficult. Think back to 1990. What didn’t we have then that today are necessary even vital parts of life: cell phones, GPS, social media, embedded intelligence in devices? Image what life will be like in 25 years. No, I can’t either.

I lost my page of quibbles, which is just as well. I’ve previously decried books researched on Wikipedia; too bad this one wasn’t. Many obvious physical, political, military gaffes. Vastly overestimated the ability of military means to not decimate but totally destroy large regions of the earth. Interestingly, the blurb emphasizes the role of the American president while he is a peripheral character in the drama. Needed an editor, too.

He did manage to keep the tone politically neutral.

So, how does he merit even two stars? Because the plot is great. The story—not the story telling—propels the reader forward. When he learns how to research and write, Rafferty will be great. 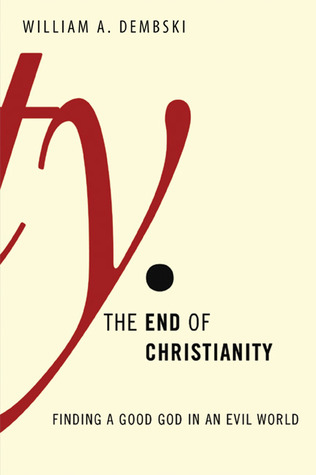 Book Review: The End of Christianity: Finding a Good God in an Evil World by William B. Dembski

Interesting. Entertaining. But not compelling.

Dembski deconstructs many historic and current theodicies (reconciliations of God’s goodness and the existence of evil) and creates his own, pivoting on the retroactive tainting of creation by human disobedience, AKA The Fall. He takes on both classic and neo-atheists, young and old-earth creationists, and even classical philosophy. He’s better at disassembling than building.

Of course, the Judeao-Christian God could act retroactively. “God doesn’t live in time. He invented time for us,” said Gerri Dickens. And the redemption bought at the cross is explicitly applicable to those who died before Jesus, but possible doesn’t mean necessary and sufficient. Like all logical arguments for or against the existence of God, Dembski’s fails.

Dembski like many others in this debate equates “evil” with all disasters. I’m not so sure. Hurricanes, earthquakes, tsunamis and the like are bad. They are destructive and deadly. But are they evil? I’m not sure. To me END_OF_DOCUMENT_TOKEN_TO_BE_REPLACED 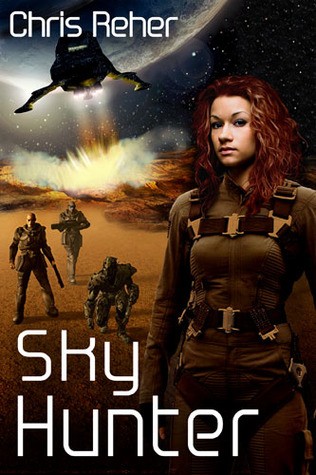 Enjoyable space opera/romantic adventure story. Apparently one of Reher’s early works. Not quit as good as her later work. The plot and storytelling is good, but it’s a bit sparse and contains numerous minor typographical errors.

Well-developed heroine who is neither perfect nor a super woman. Much more enjoyable.

Though this book opened a five book (so far) series) it is neatly self-contained, not leaving the reader dangling. 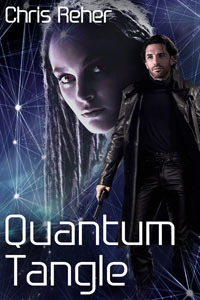 Enjoyable mashup of space opera, first contact science fiction and a sort-of romance. Well-conceived and well-told. Even though starting a new series of books in her existing “universe” of stories, Reher made Tangle a discrete whole with a sufficient and satisfying conclusion. (That in itself is not a given.)

Skipping, jumping, hopping through subspace has been a standard SF short cut—literally as well as literary—for decades. Reher explores the “what if” of subspace being inhabited. What might they be like? How might we encounter them? How might it impact our universe to interact with a being who exists mostly as a quantum soul (my word, not Reher’s)? (How does it happen to appear as the beauty on the cover?)

The backstory is standard space opera with a galactic union (empire, commonwealth, whatever), rebels, pirates and all the usual suspects. This universe is inhabited by a variety of species, some of which group around a common “prime” pattern. Despite that, the technology seems late twenty-first century. Reher develops her variations on the themes in a satisfactory manner.

More important to me: Reher tends to get her science right. If you read or watch much science fiction, you’ll know that most authors and screen writers flunked high school physics. Not Chris Reher. Her stuff is right, even if weird. And isn’t that why we read science fiction?

Comcast recently announced Xfinity WiFi, which basically lets others use your broadband connection free. (That is, they pay Comcast, not you.) You get reduced performance; Comcast enhances its profits.

They neither asked us nor gave us a way to opt out.

Good deal … for them.

This is why Americans hate big business. 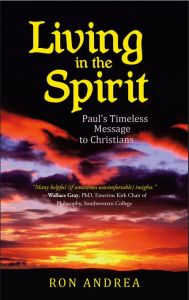 Living in the Spirit, my study of Paul’s letter to the Romans, went out of production when Cross Books stopped publishing this April.

Fortunately, WestBow Press, an division of Thomas Nelson & Zondervan, has picked it up.

I took advantage of the opportunity and made almost a hundred changes in the text, mostly very minor. 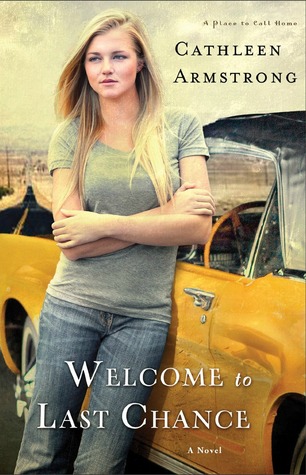 Better than average for this genre: contemporary Christian romance. The protagonist is a headstrong, paranoid runner, who has reason to run. Over and over she sabotages her cover and well as her chances for happiness—just like a lot of us. Sometimes here friends help (with the sabotage)—just like ours. She resists help, tries to hide things that could hurt her, makes bad choices. Yeap, yeap, and yeap.

Well written. See? There are authors out there who understand how to write and plot. Mostly believable small town somewhere in Arizona or New Mexico (I’m bettin’ the latter), though few towns this small would have two-car police departments. Mostly believable citizens with only a few caricatures. Think: Mitford with cowboy boots.

Stands right up to several issues Christian authors normally shy from and is a better story for it. 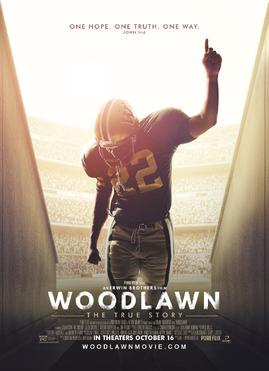 Five Stars out of Five.

“This is what happens when God shows up.”

I was surprised. I don’t much care for sports or sports movies, but Woodlawn catapults the viewer into early 1970s Birmingham, Alabama, “the most segregated town in America.” Though focused on Woodlawn High’s running sensation Tony Nathan, It’s about a lot more than high school football. “Based on a true story” of how the adults and youth of that city dealt with forced racial integration. There are good and bad guys on both sides.

Incredibly entertaining as well as pointedly positive. So much of the action follows the actual events that verifying the plot should be easy.