Oil’s still below $50 a barrel and gas is currently up thirty cents from its low even though inventories are at record levels, but the running dogs of the speculators are priming us for even high gasoline prices in the coming months.

Don’t you get tired of being lied to by those who are supposed to bring you the truth? It’s not just Brian Williams; it’s the whole crew. New York Times, Wall Street Journal, CNN, FoxNews … all of them. Forget the major networks; they’re in the entertainment business, not news.

Twain (or Disraeli) missed a category of liars: the news industry.

Richmond Development Authority must pay the Washington Redskins over a quarter million dollars because of below expectations sales at the training site. (Details here.)

I hope it comes out of the pay of whoever negotiated and approved that eight-year deal.

Meanwhile the city continues to negotiate a new baseball stadium, which will also end up being paid for by the taxpayers.

What kind of fools run our cities that they keep expecting to make money off these dinosaurs? 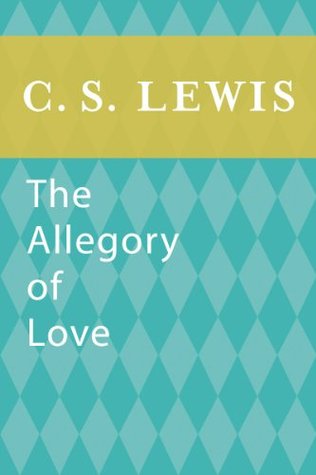 The Allegory of Love by C. S. Lewis

Even when reading thousand page tomes, I don’t give “in progress” reports. I’m making an exception because I’m taking a break from this book.

While you probably recognize the author, you probably don’t recognize the title, even though this book published eighty years ago made Lewis’ reputation as an authority on Medieval and Renaissance literature–his “day job” at Oxford then Cambridge for much of his life.

Why not? Dry. It reads like the scholarly work it is. Dense. Works are quoted in their original language. Opaque. The explanatory notes are often in French, Latin or Old English. This is probably the worst work by Lewis still in print, but it is still in print because it is such a masterpiece of scholarship.

Why read it at all? Aside from bragging rights about reading an often-unread work by Lewis, this work opens a world as different to us as the wildest science fiction or fantasy from to later flow from the pens of Lewis or his friend and colleague, J. R. R. Tolkien. A world where people believed, thought and acted differently than ours. “The deepest of worldly emotions in this period is the love of man for man, the mutual love of warriors who die together fighting against odds, and the affection between vassal and lord.” Lewis directly addressed the differences in his The Discarded Image, well worth the reader’s time and imminently readable.

The modern reader will be repelled, but rewarded by wading through the swamps of scholarly prose. “If there is any safe generalization in literary history it is this: that the desire for a certain kind of product does not necessarily beget the power to produce it, while it does tend to beget the illusion that it has been produced.”

I’ve learned more than I wanted to learn. Among which is that Lewis at his worst is better than many moderns at their best.

They’re right; we doubt. Probably all of us have concerns about at least one item on that list. Why?

Maybe because we’ve been lied to in the name of science so much in the last fifty years that we’re skeptical of all scientific claims. In the 1960s we were told END_OF_DOCUMENT_TOKEN_TO_BE_REPLACED 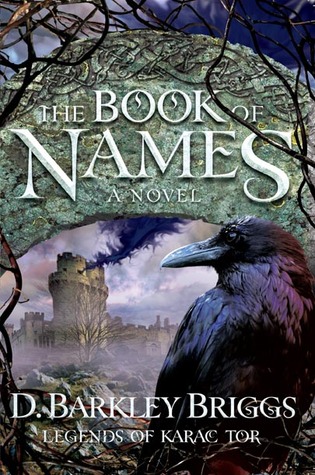 Book Review: The Book of Names by D. Barkley Briggs

An entertaining mash up of Middle Earth and Narnia set against a culture drawn from Anglo-Saxon, Celtic, Norse and Christian elements with a dash of the Arthur tale. The very cultures which competed in Dark Ages Britain while the Arthurian legend birthed.

It works better than it sounds. Because the story focuses on the young protagonists, the reader is not burdened with more than hanging on for the ride. Briggs is neither a Tolkien nor a Lewis, but he tells a good story.

One of the better transitions from this world to that of fairy. Once there, of course, the boys just want to get home. Not so fast.

Extra credit for managing both a satisfying climax to this story and sufficient hooks to the rest of the saga. Many contemporary authors propel you toward book two (or twelve) without bothering to entertain you in book one. Briggs manages both. 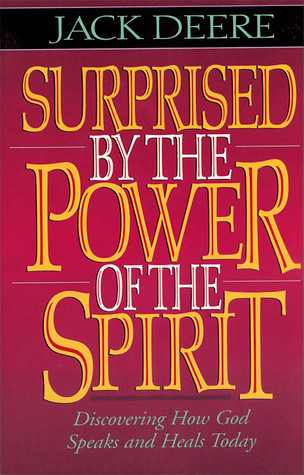 Book Review: Surprised by the Power of the Spirit: Discovering How God Speaks and Heals Today by Jack Deere

A better-than-average critique of the cessation doctrine. Having taught at a seminary which held this view, Deere does a better job explaining it as well as his reasoning and scriptural support against it than might someone raised in the direct theology. I’m no theologian, so I can’t say how a believer in cessationism would respond.

The reader will have no doubt that Deere used to teach college. The text is structured, repetitive and detailed just as a college lecture might be. This is not light reading, but may help one truly searching for an explanation.

Observation: Having recently read C. S. Lewis Vs the New Atheists by Peter S. Williams, a critique of the new atheist thinking, I was struck by the parallel between the thinking of modern atheists and the cessationists. Both make an a priori commitment to a standard of proof which is itself not examined. Both rest their argument on the premise that what they have not experienced isn’t true. Similarly I detect a lot of talking past, not to, one another in both discussions.

Thanks to Jon Moss, I witnessed the conjunction of Venus, Mars and the Moon last night (February 20, 2015) before they set. The clear, dry air here made them vivid. Mars was dim, maybe on the far side of its orbit. Of course, compared to Venus and the Moon, everything in the night sky is dim.

If I’d looked close (as in, binocular close), I might have detected the phase of Venus. (My cataracts impede clarity.)

I was just reading about Venus: I didn’t realize—or had forgotten—that Venus has no magnetic field, and that may be why it’s so different from Earth, which it otherwise approximates in size, mass and composition. It doesn’t have a strong magnetic field because it’s internal structure doesn’t work like an electric dynamo, as Earth’s does, to create the field.

Which raises the question: how rare is that dynamo effect? Do most Earth-like planets have a strong magnetic field? If not, they’re likely to more resemble Venus than Earth so far as in-habitability–not to mention any life–is concerned. Venus has no life. In fact, it has not water. The water it may have once had has “disassociated” due to its lack of a magnetic field, and the heat and pressure. It’s the hottest planet; hotter than Mercury.

Not only that, but Venus is the only planet that rotates retrograde. And it’s “day” is longer than its “year.” That all suggests something very strange happened to Venus four or five billion years ago. Or not.

The local NPR radio voices patiently explained the discrepancy between all the surrounding reports and the airport numbers was due to the industrial build up around RIC unnaturally raised the temperatures recorded on National Weather Service instruments there.

These same voices failed to note the irony that their explanation of why the RIC “official” temperature was not representative of the real temperatures also applies to reported rising global temperatures.

I’m not a denier of Global Warming (though I do quibble over what it means and what we should do about it), but it was ironic to hear this explanation applied to a one-time low but not to recurring higher temperatures. 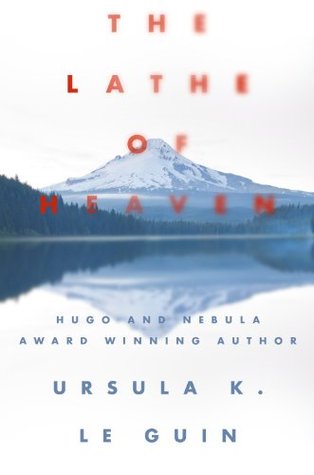 “A man who saw a miracle would reject his eyes’ witness … if those with him saw nothing.”

Stories like this raised the bar so high that most tales fail to qualify. Written over forty years ago, Lathe records as series of dysfunctional futures set at about the time of our present, which are simultaneously unlikely and hauntingly possible. That she missed the exact parameters of this future is mere chance. She foresaw continued Middle East wars, seven billion world population, degrading quality of life as well as global warming, alien invasions, and the tyranny of benevolent social engineering. But it’s her storytelling that stands out.

A fine tale, well told. Read this instead to understand the paucity of the current twaddle.

Our younger son asked me, “How does retirement feel?” I replied, “Like the second day of vacation.” Referring to a week-long vacation.

He asked because, like many of his generation, he doesn’t look forward to ever being retired. In addition to handicaps he put on himself, his entire generation is caught in the vice of few full-time jobs and little opportunity to save.

My first real job was to be a four-ear stint in the US Air Force avoiding the Vietnam War draft. (Do young folks even understand conscription?) It turned into END_OF_DOCUMENT_TOKEN_TO_BE_REPLACED