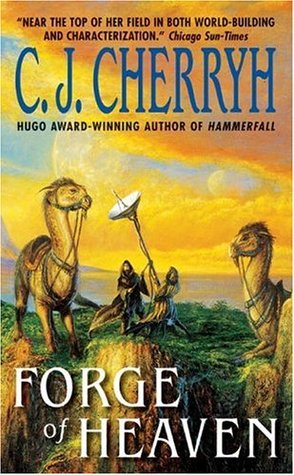 Only my previous good experiences with Cherryh impelled me through the first half of the book. Boring, repetitive navel gazing by half a dozen characters about whom the reader cares less as they introduce themselves more fully. The story begins about page 200.

And a good story it is, told with plenty of introspection and emotion (How does introspection differ from navel-gazing? The skill of the writer.) Two excellent, believable “worlds” and a complex, engaging cast. Only three stars because Cherryh could have done better.

This is the second novel recently that I’ve read the second of a series first. Usually the second and subsequent episodes are laden with so much back story that the discerning reader bails. Having significant time elapse between episodes helps.

Marak and Procyon? The first is an immortal idiot who endangers himself paying too much attention to a secondary purpose; the latter a very mortal innocent endangered by forces beyond his understanding or control. I’ll leave you to discover whether either dies.