A counterpoint to Playing the Oil Card, is found in this WSJ opinion piece.

Nothing is quite so simple as we believe … or we’d like to believe.

The international price of crude oil dropped nearly five dollars a barrel during the last few days, largely because of one’s country’s decision to not curtail oil production. That country, of course, is Saudi Arabia, the world’s largest producer of oil and possessor of the largest reserves of oil.

What the intentions of the Saud royal family are (make no mistake, the kingdom of Saudi Arabia is a wholly-owned Saud family subsidiary) the impacts are obvious.

First, the international price of oil products and eventually all energy products will/have fallen. In other words, they remind the world that they are the arbiters of many of our costs of living.

Second, Saudi Arabia is undercutting Iran, Syria and the Islamic State, who depend on high-priced oil to fund their state terrorism, thereby doing us a favor in two ways. Russia, the world’s third largest producer, also budgets assuming $100 a barrel prices, not below $70.  In other words, they are punishing those who threaten them internationally without having to fire a bullet.

Third, by lowering everyone’s energy costs, the Saudis make oil exploration and alternate energy development less rewarding. Costly oil discovery and recovery plans may be abandoned in the face of uncertain returns. In other words, they keep us addicted to their oil.

So, we don’t know what they are doing, but their turning open the oil spigot ripples through the lives of all of us. After using their oil power to lift prices for forty years, they are using it to depress prices.

Perhaps we should pay attention. 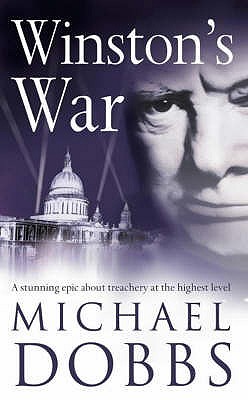 A post-modern take on history. An engaging, entertaining text which leaves the reader wonder what is fact and what fiction. Focuses on the eighteen month period from Munich to the Nazi invasion of France—mostly telling how everyone in England (including the king) were trying to do everything possible to keep Churchill from becoming Prime Minister, with Churchill’s unwitting help.

Today’s readers may be surprised that faction and the press were as divisive and untrue then as now. Shouldn’t be, that’s been true END_OF_DOCUMENT_TOKEN_TO_BE_REPLACED

We have much to be thankful for:

Why not the absolute of those things? We rarely experience absolutes in this life, and then often just in passing. Not that everything is relative, but perfection is so rare.

Don’t let not being among the “one percent” blind you to all the good you do have. Don’t despair of your family because it isn’t like those in the old sitcoms. (No one wants to be in families the modern sitcoms display.) Yes, Americans are dying in far corners of the world, but we aren’t engaged in such a life-or-death struggle as World War Two (yet).

Want to help yourself and the economy? Get or stay married.

Larry Kudlow points out, “Marriage gives people a reason to work, a home one hopes is stable, and children for whom two parents feel responsible.”

In fact, Kudlow says it’s good for the economy. Over the past dozen years, average real growth has slowed to 1.8 percent annually, under both Republican and Democratic presidents and congresses—less than half the rate of the previous fifty years.

Heritage Foundation economist Stephen Moore writes “that marriage with a devoted husband and wife in the home is a far better social program than food stamps, Medicaid, public housing, or even all of the combined.”

A recent report by W. Bradford Wilcox and Robert Lerman reveals that married men have higher average incomes, seem to be more productive at work, and work more and earn more. They find that “differing employment rates among married and unmarried men aren’t simply due to education levels or race either.”

Yes, marriage isn’t for everyone all the time, but not marrying handicaps your children.

(may not be final cover)

Book Review: The Devil and Pastor Gus by Roger Bruner

A fresh take on the Faust legend of someone contracting with the devil for his soul, then trying to weasel out of it. Only, that isn’t quite what happens.

The Devil (B. L. ZeBubb) is a over the top, but have you read Marlowe or Goethe? And Pastor Gus, unlike the classic protagonist, is a humble, good man. Certainly not Faust, let alone Daniel Webster.

Starts slowly but gets better with each chapter. The Epilogue is best of all. It’s all too easy and obvious but this is satire.

I’ve already told you too much.

(Full disclosure: I was a beta reader for the author.)

Believe it or not Mission Creep has its own entry in Wikipedia. If after reading it, you’re unsure what it means, just watch what’s happening in Iraq and Afghanistan.

The President firmly declared that our combat mission is both countries ended this year. Now watch as (by executive order) he expands the numbers and levels of combatants and actions in both countries. No, the Republicans won’t call him on it because END_OF_DOCUMENT_TOKEN_TO_BE_REPLACED

If I had Lunch with C. S. Lewis: Exploring the Ideas of C. S. Lewis on the Meaning of Life  by Alister E. McGrath

Don’t be put off by the title. McGrath does not subject us to a make-believe dialogues with Lewis, nor even extensive quotes from his extensive works. Instead he draws together the salient points of Lewis’ thought and presents them in a series of easily digestible essays.

If I Had Lunch with C. S. Lewis: Exploring the Ideas of C. S. Lewis on the Meaning of Life does just what it purports. Whether the reader END_OF_DOCUMENT_TOKEN_TO_BE_REPLACED 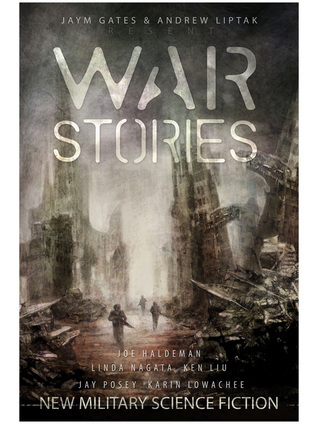 Christians and Jews aren’t the only ones reading ancient prophecies.

The WSJ reports the Islamic State’s August capture of the otherwise insignificant village of Dabiq in Syria was connected to Mohammed identifying it as the site of an end-of-days drama in which a Muslim army is to defeat its enemies, including a foreign army. Like Tel Megiddo in Israel.

ISIL made reference to it in their video announcing the beheading of American aid worker Peter Kassig, saying, “Here we are, burning the first American crusader in Dabiq, eagerly waiting for the remainder of your armies to arrive.” The militant denounces U.S. intervention in Iraq and vows to defeat what he calls “this final and last crusade.”

ISIL uses these prophecies to support the inevitability of their victory.  Christians do the same thing with the books Daniel and Revelation.

Some may decry this as a misuse of the sacred writings of either faith, but it’s an effective propaganda tool.